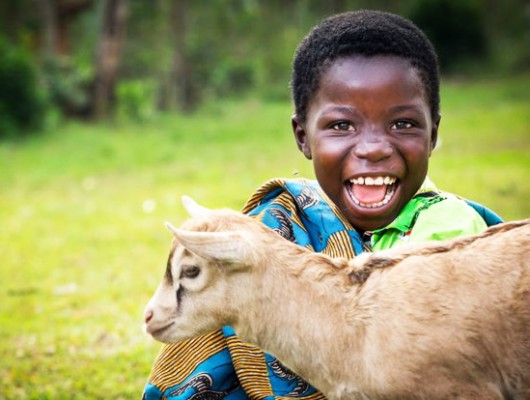 Transforming inexpensive fibers into fuel using the fungi found in goat poop could be a new way to tackle global poverty.

Anyone who has ever seen a goat knows that these animals are professionals at consuming and digesting almost anything they can manage to get inside their mouths, whether it be straw, corn cobs or even a shirt. The reason these animals are so successful at digesting non-food items is, in part, thanks to the fungi that live in their digestive tracts, which can attack and break down fibrous materials.

Researchers are now looking to these fungi as a way to transform certain plants into alternative energy sources.

According to an article in Forbes Magazine, new research shows that the fungi found in goats’ stomachs – and eventually their excrement – are adaptable enough to stop breaking down goat food and start attacking something new. In this case, plant material for renewable biofuel.

The results are potentially beneficial for addressing global poverty in developing countries.

For a long time, coal has been a popular fuel source in “energy impoverished” nations. The low price tag on the substance makes it a popular energy source for countries like India and China, which are experiencing extreme poverty and rapidly increasing energy demands.

But while cheap, coal is also a major producer of dangerous fossil fuels. According to Rachel Kyte, climate envoy for the World Bank, coal has a powerful negative impact on global poverty, not only through health costs for the world’s poor but through long-term social disadvantages as well.

A Standard & Poor’s assessment found that the more impoverished a country is, the more negatively climate change affects its residents. Floods and agricultural shocks, which come as a result of climate change, often hit low-income people the hardest. This population has no option to migrate, insulate themselves from harm or recoup losses.

The goat poop solution might be just what developing countries need to access a low cost, low impact energy source. It is an unlikely but viable option to lower fossil fuel emissions and move toward clean energy solutions.

Katchi Abadis and Koliwadas: Plans for South Asian Slums The Rise of 3D Printing in the Middle East and Africa
Scroll to top