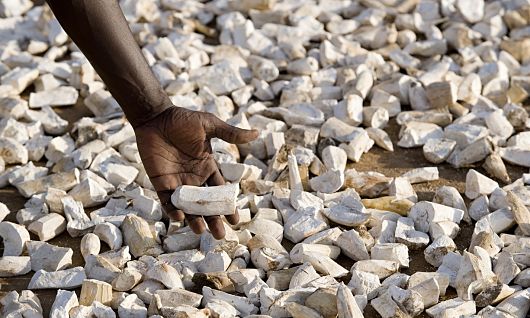 “Genetically modified organism,” or GMO, is a popular term rampant in mainstream Western food culture. Being critiqued for being unhealthy and harmful to the human body, GMOs have gotten a bad reputation.

Many companies like Chipotle, 365 (Whole Foods store brand) products, and Annie’s products pride themselves in earning a non-GMO sticker from the Non-GMO Project, certifying that they have gone through the motions to avoid GMOs in their food.

However, although sometimes controversial in Western culture, GMOs are transforming the agriculture platform all over Africa. GMOs serve as an efficient tool to use when farming.

In all forms of farming, GMOs serve as a way to curb diseases from reaching crops and increase the number of crops grown. An organism developed in laboratories helps poor farmers to not only be efficient but to earn more money for their families.

However, putting the economic advantages of farming with GMOs aside, many are against GMOs because of the potential health problems they present for the human body.

Due to obesity, a lack of government oversight and harm to the environment, many are against the integration of GMOs in agriculture. Others have also accused those who have patented GMOs (like Monsanto) of only pushing them forward so they can make a profit.

A positive is that it helps to defend crops who are potential candidates for diseases. According to AAAS, GMOs “pose no greater risk than the same foods made from crops modified by conventional plant breeding techniques.” But many, like the Non-GMO Project and Responsible Technology, suggest otherwise.

According to some, the use of GMOs can put money into the pockets of poor farmers, which, in turn, helps to eliminate extreme poverty. Their ability to provide food for those in their region would also help people who are not farmers. They would be able to provide food at a lesser cost.

However, should the overall health of people be sacrificed so they can eat consistently? Is the push for GMOs to be used really for the benefit of the poor farmers or the companies who have patents on them?

Perhaps GMOs should be used until those in extreme poverty have the ability to purchase crops that are less damaging to their long term health.

The debate over the use of GMOs on those in extreme poverty will continue to develop.