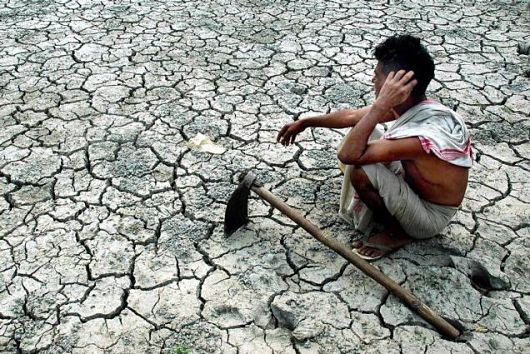 A new study published in The Lancet claims that climate change and global warming could erode as much as 50 years of global health advances. The study confirms what many health and climate change experts have been predicting for years but had unfortunately, for the most part, not been taken seriously.

As we have seen in recent months with intense heat waves in India and Pakistan, dramatic changes in climate have disastrous effects on public health. The heat waves bring storms, droughts and floods, which in turn brings about changes in water quality, pollution, land use and ecological differences. These changes translate to large swings in the social dynamics of a country. As the demographics rapidly change, so do health status, socioeconomic status and infrastructure. As a nations health is undermined, social capital declines, as do social and political institutions decline so drastically that years of work in development can be eroded. As the institutions that bind us are broken down, the opportunities for conflict rise, and opportunities for meaningful economic contribution decrease. The biggest calls for concern are the long-term effects that these problems cause that primarily stem from the heat waves, epidemics, storms, sea level rise and large-scale migration. Climate is often seen as an “X Factor” in globalization and development models because it is so unpredictable. Climate change makes the “X Factor” even more volatile but even more important in global leaders consideration and negotiation of major international moves.

Global warming has both direct and indirect effects on global health. Immediately, intense heat waves cause a significant amount of preventable deaths annually. Also, the types of natural disasters that we can expect to see in coming years are predicted to be even more chaotic and destructive. As these storms wipe out communities across the globe and force others to migrate elsewhere, demographic and population shifts will effect the general health and wellbeing of generations to come. These storms also contribute to the prevalence of mental illness, malnutrition, allergies, cardiovascular diseases, infectious diseases, injuries and respiratory diseases.

The most vulnerable countries are the countries that need to focus on immediate development rather than sustaining current development levels. Developed or industrialized countries have the means to make changes now to alleviate future complications by climate change. Developing countries often do not have the flexibility to up-haul current industrial practices or to enact nationwide preparedness protocols for natural disasters on the large scale that it is expected.

With climate change, much of the damage has been done, and immediate action is essential to maintaining the health of the world, let alone improving it. But on the bright side, nearly all of the ways that we can mitigate the risks that climate change creates also contribute to better individual and public health. Investing in reversing climate change is an investment in the environment, in the economy and in health.