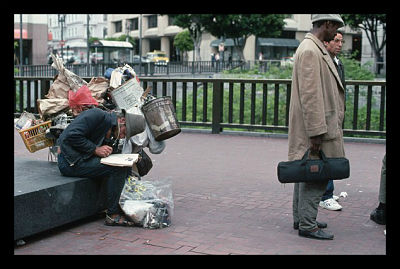 The volatile national security climate resonating throughout the United States is fickle, and at times hostile. Political partisanship clamors and clashes against the tide of uncertainty – an uncertainty that resides deep within the veins of the American people.

In the midst of this madness, where should efforts of national security be focused? Global poverty remains rampant and begs the question: does the cure for our own security begin with aiding in the security of others? According to the Pentagon’s “3Ds” highlighted by the Borgen Project – Defense, Development and Diplomacy – it is in the best interests of U.S. national security to focus energy on combating global poverty.

Vincent Ferraro, professor of international politics at Mount Holyoke College, spoke candidly on this issue in his publication, “Globalizing Weakness: Is Global Poverty a Threat to the Interests of States?”

“While there is no necessary trade-off between economic growth and environmental protection in the long run, a poor state needs significant outside resources to realize both objectives simultaneously,” Ferraro stated. “This situation will only worsen over time, as poorer and more populated states become more integrated into the global economy and adopt the industrial techniques of the richer states.”

The United States is an essential part to a whole interconnected entity. This is referred to simply as the international economic system. The dichotomy between poor and rich nations is linked to, but not directly responsible for, national security issues such as global terrorism.

Combating poverty may be the first step to begin building a more unified global network of national security, beginning with a more powerful nation such as the United States.

The Global Poverty Project quotes the National Security Strategy to describe the cost of this dichotomy: “America is now threatened less by conquering states than failing ones.”

Military personnel and international intelligence cooperation agrees that although combating global poverty may not be the outright solution to violent conflict, it can be a method by which to better utilize global diplomatic unity.

According to the Borgen Project, “84% of military officers said that strengthening non-military tools, such as diplomacy and development efforts, should be at least equal to strengthening military efforts.”

Global poverty is the antithesis to worldwide security and peace, specifically when rich and poorer nation-states are unfairly divided economically without a reasonable process of growth.

The Global Poverty Project encapsulated this idea in stating, “Violent conflict is development in reverse. It destroys societies and is a shortcut to extreme poverty.”

The ongoing concern of national security is not only a diplomatic issue but also a vulnerable look into the realm of the human condition. Perhaps it is in the providing basic necessities to those less fortunate where feeling safe can once again become a social truth.