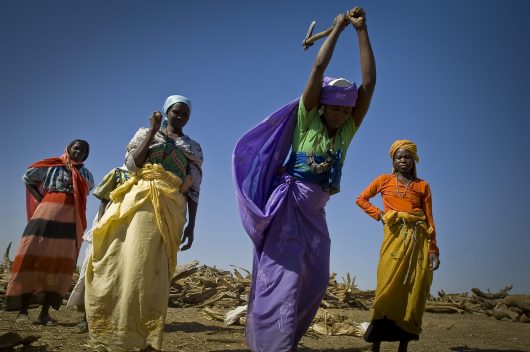 One historian believes that despite what you see on the news, global poverty progression is moving in the right direction.

According to a new book by Swedish economic historian, Johan Norberg, the war against global poverty has made progress since the 19th century. In his book, “Progress: Ten Reasons to Look Forward to the Future,” which will be released on October 11, Norberg reports that despite popular belief, global poverty has made unprecedented progress in the past 50 years compared to the preceding 500.

Norberg claims that people are predisposed to think that things have gotten worse, mainly generated by the proliferation of negative media coverage and gripping story lines on calamity. For example, he argues the media has amplified the pessimism by covering stories on famine, war and beheadings rather than choosing to cover a news story with a headline, “40m Planes Landed Safely Last Year.”

The world’s economic conditions have drastically improved alongside advancements in science, technology and overall human intelligence.

An Upward Trend on Improvements for Global Poverty

According to Norberg, approximately 68% of the world’s population now have access to modern sanitation, compared to 24% in 1980. Moreover, UNICEF has reported that approximately 2.1 billion people have gained access to an improved sanitation facility since 1990. This availability has been made possible on improvements and low-cost solutions in technology, waste treatment and disposal.

Moreover, Norber also suggested that people have grown smarter. For instance, Americans, on average scored 100 points on IQ tests around the time of World War II. By 2002, IQ scores have risen to 118. In addition, he mentions psychologist Steven Pinker’s research stating that humankind as a result has been experiencing a “moral Flynn Effect.” As people improve in abstract thought, they have become more tolerant and empathetic towards issues happening to other people. Empathy leads to solutions.

In an article, “Progress or Pessimism: How Should We Think About the Future?” Andrew Cohen states, “if we’re more concerned about defending modernity than actually embracing the world as it is and the evidence as we find it, we may downplay and dismiss critical issues that need our attention.” Thus, balance, between optimism and an awareness of issues in the war against global poverty is key.