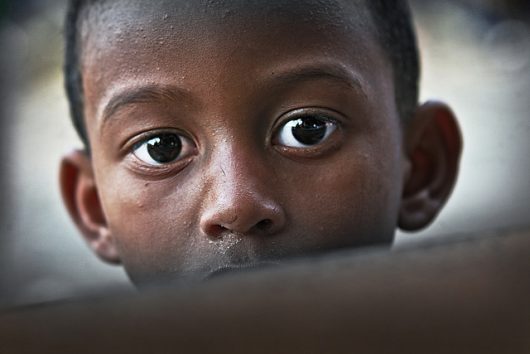 Despite various myths about global poverty and foreign aid, evidence supports the claim that foreign aid works well in the fight against poverty.

According to the Gates Foundation, there are currently more than one billion people worldwide living in extreme poverty. Foreign aid (when one country donates a portion of their resources to another) aims to lower that number.

However, many people subscribe to the belief that foreign aid is ineffective. They argue that corruption prevents resources from reaching the people who need it most. In addition, they assume that countries who receive foreign aid will grow to depend on it too much.

Thankfully, the data suggests otherwise. The relationship between foreign aid and global poverty is a positive, effective one.

Perhaps some of the strongest examples of the effectiveness of foreign aid are the Millennium Development Goals.

These goals, proposed by the United Nations and ratified by all countries across the globe, aimed to:

“The MDGs helped to lift more than one billion people out of extreme poverty, to make inroads against hunger, to enable more girls to attend school than ever before and to protect our planet. They generated new and innovative partnerships, galvanized public opinion and showed the immense value of setting ambitious goals,” stated Ban Ki-moon, Secretary General of the United Nations, in the project’s 2015 annual report.

After the success of the MDGs, the U.N. introduced a set of followup goals in 2015. These new initiatives were called the Sustainable Development Goals and have a deadline set at 2030.

In 2010, the United States shifted the focus of its foreign aid spending to small farmers across the globe through initiatives such as Feed the Future. The Global Food Security Act aims to build off of the Feed the Future Initiative by expanding investments in small farmers.

The hope is that these investments would aid families (especially women and children) lift themselves out of poverty. In addition, they would also simultaneously provide families access to cheap, nutritious food.

During an interview with Grist, Raj Shah, head of USAID, said that thanks to Feed the Future, they “are starting to see a rapid reduction in rural poverty, in the percentage of children who are stunted, and in the total number of people that don’t get 2,100 calories a day. Those are rough indicators of a large-scale transformation starting to occur.”

Despite strides made towards ending global poverty, less than 1% of the U.S. federal budget goes toward foreign aid.

In terms of foreign aid, nations can and should do more to help the world’s poor. Moral obligations aside, lifting people out of poverty also provides new economic markets for the U.S. and reduces national security risks.