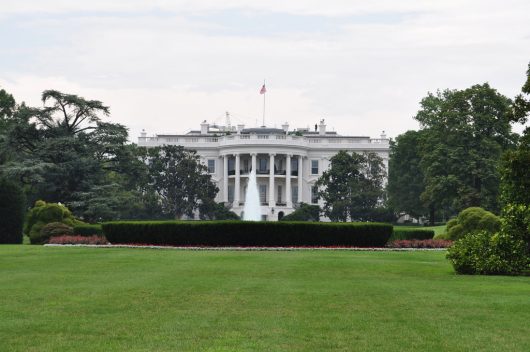 Launched by the White House Office of Science and Technology in October 2016, the Resilience Dialogues is an online consultation service that connects community leaders with experts around the world. Their goal? To help one another build climate resilience service.

Those are some of the first words that greet visitors of the Resilience Dialogues webpage. They’re also the name of the game — that is, a global conversation and info-sharing platform that proffers the who’s, what’s and how’s of strategic climate resilience.

The Resilience Dialogues defines resilience as the “capacity of individuals, communities and systems to anticipate, prepare for, and adapt to changing conditions, recover from threats, and thrive in the future.” A tall order, to be sure, but one that will become all the more necessary as coastlines and inland alike grows more vulnerable to the hazards of global warming.

By 2080, according to the World Bank, the occurrence of drought could potentially grow by more than 20 percent. That means the amount of people affected by drought would increase proportionally by 9 to 17 percent come 2030, and by 50 to a whopping 90 percent by the time 2080 comes around.

On the flip side of the coin, the World Bank also estimates that flooding is set to spike within the same time period. Those exposed to river floods will amount to around 4 to 15 percent in 2030, before jumping to 12 to 29 percent by 2080.

The Resilience Dialogues is a collaborative means of beating back the tide of climate variability, giving stakeholders an opportunity to connect and share sector-based, place-specific data on likely risks, serviceable products and other technical resources.

Backers come from the private and public sector in equal measure, ranging from MIT’s Climate CoLab, which created and hosts the beta, to the American Geophysical Union’s Thriving Earth Exchange, which will play a crucial role in recruiting experts and coordinating leadership.

The service builds on previous White House actions on climate resilience, including the similarly designed U.S. Climate Resilience Toolkit, their public-private Climate Services for Resilience Development partnership and their Partnership for Resilience and Preparedness (PREP).

The global scope of the Resilience Dialogues, however, echoes the new directions of the National Climate Assessment (NCA), which will include a chapter of international content for the first time in its next report.

On paper, the Resilience Dialogues reflects the shift of both national and global institutions’ climate change responses towards integrative and participatory solutions. If successful, the initiative could potentially chart a course for future U.S. government-sponsored endeavors in the sphere of climate resilience — one that empowers and inspires local decision makers.