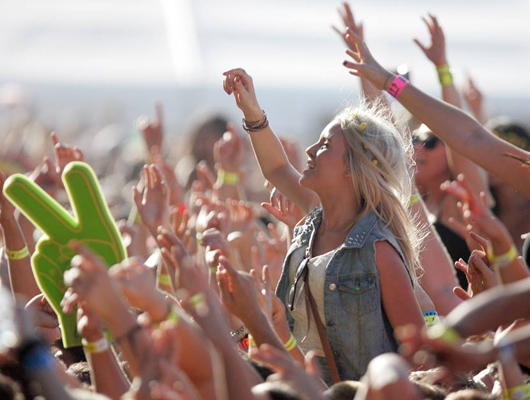 On Sept. 26, the fourth annual Global Citizen Festival will take place — a unique concert that uses music to raise poverty awareness. Celebrity activists and humanitarian leaders have banded together to organize this year’s festival. They hope to channel hype and excitement over the concert into anti-poverty action.

The Global Citizen Festival began as an anti-poverty platform in 2012. Each year, the concert acts as a hub for campaigns that work towards global development and poverty eradication. This year, the festival will be timed to coincide with the launch of the United Nations’ new Global Goals, designed to end poverty by 2030.

Global Poverty Project, an organization that aims to end extreme poverty by increasing the number of people taking anti-poverty action, hosts the yearly concert. This year, the concert will take place on the Great Lawn at Central Park. Coldplay’s Chris Martin has played a leading role in creating the concert’s lineup.

For the second year in a row, MSNBC will be serving as a media partner of the Global Citizen Festival. The network will air a live simulcast of the full concert on their website. Youtube is also a worldwide digital streaming partner for the Festival, and will feature a special live stream of the concert which can be found here.

As 2015 is an especially important year for the global fight against poverty, this year’s festival is sure to not disappoint. This September at the UN General Assembly in New York, world leaders will announce a new set of global goals designed to fight inequality, protect our planet, and most importantly to end extreme poverty by 2030.

Organizers of the Global Citizen Festival hope that this year’s concert will act as a launching pad for essential policy and financial commitments needed to achieve these goals. Early initiation of such commitments is indeed a critical step.

For those who seek immediate anti-poverty action, Global Citizen is offering a chance to win free tickets to the concert on their website, www.globalcitizen.org. By following the outlined poverty-fighting steps on the organization’s website, people can maximize their chances of earning a free concert ticket!

Keeping in line with the anti-poverty spirit, H&M is also offering points towards winning tickets to the festival for those who donate gently used clothes at any store location. Clothing donations will start being accepted on Sept. 17 and will continue up until the concert.

With the perfect location, rock star hosts and performers and an incredibly noble cause, this year’s Global Citizen Festival is sure to live up to its hype. By pairing live entertainment with global development goals, the Global Poverty Project has certainly raised the standard of strategic anti-poverty innovation.