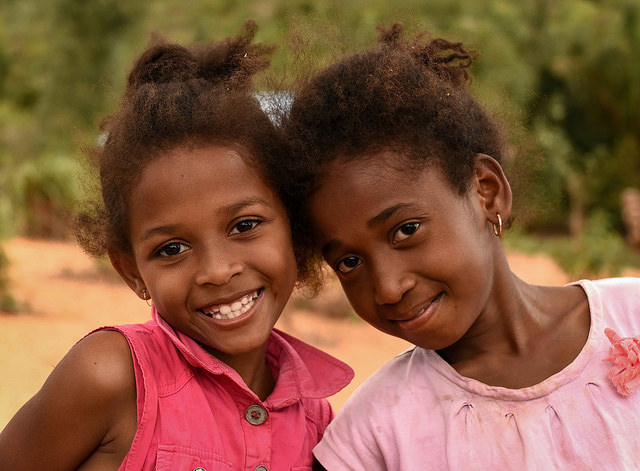 In the island nation of Madagascar, access to education varies depending on the gender of the student. There is an equal amount of male and female civilians in Madagascar’s population of 25 million people. However, girls’ education in Madagascar is not the same as boys’, contributing to how girls are not given the same opportunities.

The U.N. Secretary-General Ban Ki-moon says, “far too many girls are still denied schooling, leave prematurely or complete school with few skills and fewer opportunities.” Malagasy school district records show that 78 percent of school districts show a lower enrollment for girls than boys. To change inequality for girls’ education in Madagascar, many international organizations, such as the United Nations and the World Bank, have implemented programs to help increase female enrollment and advancement in Madagascar’s schools.

The Global Partnership for Education

In 2005, UNICEF Madagascar, the Ministry of National Education and the World Bank managed the Global Partnership for Education project to address the barriers the Madagascar youth had to access decent education. The Global Partnership for Education works to “ensure that every child receives a quality basic education, prioritizing the poorest, most vulnerable and those living in countries affected by fragility and conflict.” It focuses on two major goals to improve youth involvement in education:

1. To facilitate access to and retention in primary education by reducing the costs of schooling borne by families.

2. To support the learning process by improving the teaching and learning environment.

During the 2015-2016 school year, the Global Partnership for Education distributed 1.95 million school kits, subsidized 21,000 community teachers’ salaries, and constructed 120 new classrooms. This contribution gave young students the opportunity for education in Madagascar. By September 2016, a new shipment of school kits was en route to arrive for the 2016-2017 school year.

In 2008, UNICEF started the Post-primary Education for Girls project in Vangaindrano school district to increase the number of girls enrolled in school and continuing their education by providing scholarships and changing gender priority mindsets.

One adolescent Malagasy girl, Fabiola, was told by her parents that she would need to drop out of school, so her parents could support her little brother’s education instead. The alternative for Fabiola was getting married because girls’ education in Madagascar stopped the moment she could not pay the fees. At 14 years old, Fabiola’s bright future was destroyed because her parents believed supporting her brother took priority. However, thanks to the project’s scholarship, Fabiola was able to continue her education.

Stories like Fabiola’s are common in Madagascar. The rural population makes up 64 percent of the country’s total population, leaving a majority of the population living in poverty and unable to provide basic needs, such as food and shelter. This leads to families being unable to finance and support their youths throughout primary and secondary education, and prioritizing boys’ education over girls’.

The National Movement for Education for All in Madagascar

In 2011, the National Movement for Education for All in Madagascar (NMEAM) launched a campaign to promote girls’ education in Madagascar. The priorities of this campaign are girls, parents, and the government. The focus on parents and the government is because change cannot have a successful implementation when there are communities and government agencies that oppose it.

NMEAM’s campaign awarded 20,000 girls in Analanjurofo, a rural region in northeastern Madagascar, with scholarships to complete their education. Girls’ education in Madagascar relies heavily on these scholarships because impoverished families cannot provide an education for their daughters.

NMEAM also introduced the Southern African Development Community Gender Protocol’s Article 14 to Madagascar’s state parties. This protocol promotes “equal access to and retention in primary, secondary, tertiary, vocational and non-formal education in accordance with the Protocol on Education and Training and the Millennium Development Goals”. By lobbying Madagascar’s political authorities, NMEAM reinforced the efforts to allow education for girls and women of Madagascar.

With the implementation of these programs, the literacy rate of adults (15 and older) in Madagascar’s total population rose from 64.48 percent in 2009 to 71.57 percent in 2012. These programs and projects recognize the importance of education and having constant access to it for young minds because education is one way out of poverty. By providing and facilitating advancements in girls’ education in Madagascar, the future of youth is going to be better than the rampant poverty they are struggling with. By investing in the education of girls, nations will be able to achieve development of their civilian population while also breaking the discrimination of gender in opportunities.