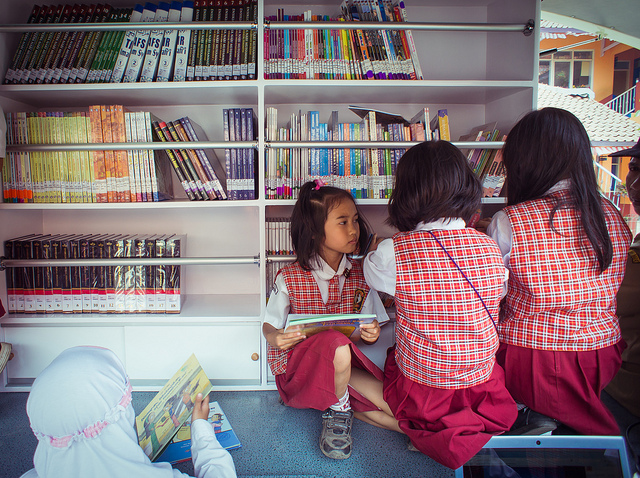 Effects of the Yogyakarta Earthquake on Girls’ Education in Indonesia

After the magnitude 6.3 earthquake in 2006, approximately 1,000 schools were destroyed and 6,234 people were killed in Yogyakarta, Java, Indonesia. In response, organizations such as the United Nations Girls’ Education Initiative expanded their efforts to improve girls’ education in Indonesia. In accordance with the Indonesia Earthquake 2006 Response Plan, school tents were provided by USAID, Save the Children, UNICEF and the Japanese government.

In cases of emergency, such as Indonesia’s Java earthquake, there are distinct benefits that education provides children. According to UNICEF, “Schools can protect children from the physical dangers around them…and also provide children with other lifesaving interventions, such as food, water, sanitation and health.”

In 2016, UNESCO recorded that 1.5 million Indonesia girls were not enrolled in school. Furthermore, according to UNICEF’s education fact sheet, only 40 percent of Indonesian girls aged 15 to 24 learn about HIV prevention measures and only 23 percent use condoms regularly. Also, 85 percent of girls aged 15 to 19 hold misconceptions or have no knowledge of HIV/AIDS.

Since its formation in 2001, the Directorate for Early Childhood Education Program of the Ministry of Education and Culture seeks to provide education programs incorporated with health services. For example, the program implements day care centers and play groups for young children.

Programs such as this are made possible through a partnership with the World Bank. The initiative also addresses teacher training, as more than 60 percent of teachers have only a high school diploma or two years of college education. Teachers are recruited from Indonesian communities and are trained in early childhood development. As a result of efforts made by the Directorate for Early Childhood Education Program, Indonesia won the UNESCO Prize for Girls’ and Women’s Education in 2016.

Education for girls is progressing. Timely responses were made after the 2006 earthquake when children’s schooling was disrupted. Educational aid and reform did not stop there, however, as the Early Childhood Education Program furthered recent improvements to communal learning and healthcare. These education programs demonstrate that increased opportunities for girls’ education in Indonesia are crucial for alleviating poverty. Girls with higher levels of education are more likely to have children later and their risk of contracting HIV/AIDS is lowered. Education is vital to their quality of life.