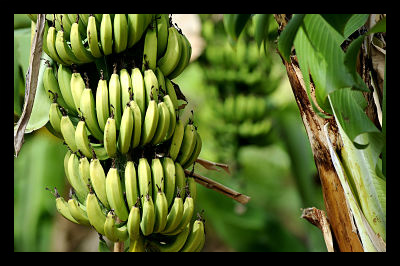 Deficiency in Vitamin A causes preventable blindness and an increased chance of disease and death for children across the globe in developing countries. Approximately 250 million preschool-aged children are deficient in Vitamin A. Between 250,000 and 500,000 children become blind every year due to Vitamin A deficiencies and around half of these children die within a year after becoming blind.

Recently, scientists at Queensland University of Technology have been working on genetically engineering a banana that will help prevent deficiencies in Vitamin A.

While recognizing the advantages to global health that genetically modified organisms (GMOs) would offer, many are worried about the possible negative side effects. Critics have noted the lack of research about future health issues that may arise due to the consumption of genetically modified foods. More research over time would be necessary for scientists to weigh their advantages and disadvantages.

These genetically engineered bananas have an increased level of beta-carotene in them. Beta-carotene is then converted to Vitamin A by the body after being ingested.

In the past few years, similar research has been done to create “golden rice”— rice with increased levels of beta-carotene. Critics have also been skeptical about the risks involved with this project.

If the bananas are effective in increasing Vitamin A levels, the scientists will work to begin distributing these genetically engineered bananas in Uganda by 2020 to begin decreasing the rates of Vitamin A deficiency-related diseases, blindness and death.