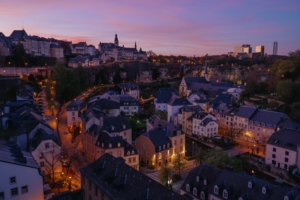 Issues regarding the gender wage gap go further than just compensation. In developing regions, 75% of women work in the informal sector. Informal jobs are often not properly regulated, with informal workers lacking legal rights, protections and employment contracts while earning insufficient living wages. Issues regarding gender inequalities are more pressing than ever. The COVID-19 pandemic both accentuated and exacerbated persistent gender issues. During the pandemic, domestic violence — physical, sexual and psychological — increased drastically across the globe. Furthermore, women make up 70% of health and social workers, making the majority of essential frontline workers female.

The Link Between Gender Inequality and Poverty

According to the World Bank, the world loses $160 trillion in wealth due to the gender wage gap. Increasing economic empowerment for women will improve the economy for everyone. Furthermore, more spending power for women will cause a massive boost to the economy as a whole. When women’s employment rises, absolute poverty rates decline. In contrast, the Organization for Economic Cooperation and Development (OECD) countries saw increases in poverty where trends in gender equality were “uneven and stalled.”

Quentin Wodon, a lead economist at the World Bank, states, “Human capital wealth accounts for two-thirds of the global changing wealth of nations, well ahead of natural and other forms of capital.” Wodon says further, “Because women earn less than men, human capital wealth worldwide is about 20% lower than it could be.”

The gender wage gap in Luxembourg stands at only 1.4%. In recent years, addressing the gender wage gap and all other forms of gender inequality have become a priority for the public policy agenda. In 2015, Luxembourg established the Ministry of Equality between Women and Men. Unlike any other ministry in the EU, its sole focus surrounds gender equality. The Luxembourg Law of December 15, 2016, makes any discrepancies in compensation for men and women completing the same task or work of equal value illegal.

Although Luxembourg boasts the narrowest gender wage gap in Europe, there is still room for improvement. The 2016 law protects the legal rights of women in the workplace, but it does not necessarily empower them to become involved. The amount of women in Luxembourg’s workforce has risen in recent years; however, there are still far fewer women in the workforce than men.

Out of every 100 employed Luxembourgers, there are only 38 women for every 62 men. A study in 2018 showed that female workers were often more qualified than their male counterparts. About 44% of women had college degrees, while only 35% of men have the same credentials. In addition to closing the remaining gap, Luxembourg also needs to focus on empowering women to participate in the economy. True gender equality will not be met until more women join the workforce.

Luxembourg’s government believes that concrete measures and targeted action are the reason for the nation’s narrow gender wage gap. There are more than 120 equal opportunity representatives in the public sector specifically tasked with protecting both women and men in the workplace. Along with the smallest gender wage gap in Europe, Luxembourg also enjoys some of the highest living standards in the world. With a GDP per capita of $124,591 in 2020, Luxembourg is the wealthiest EU country per capita.

The progress of the gender wage gap in Luxembourg does not reflect the progress of the rest of the world. Globally, women earn 24% less than their male counterparts, and at the current level of advancement, the world will not see equality until 2191.

The wealth surrounding the small gender wage gap in Luxembourg is one example of the direct relationship between gender inequality and poverty. Gender inequalities and poverty tend to diminish together. Luxembourg’s success emphasizes the importance of laws that can “enforce pay equity and can effectively root out wage discrepancies and ensure better frameworks are in place to achieve greater equality in the workplace.”