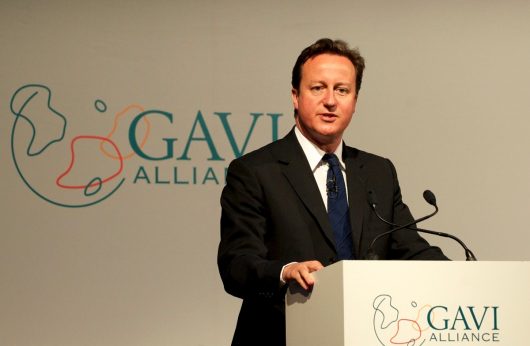 In his proposed 2017-2018 budget, President Donald Trump has pledged to fulfill the U.S.’s $1 billion commitment to Gavi, the Vaccine Alliance. The program has helped immunize hundreds of millions of children and lowered the cost of vaccinations since its creation in 2000.

Gavi, the Vaccine Alliance is an international organization that “aggregates demand” for vaccines from the countries it supports— 60 percent of the world’s births take place in Gavi-supported countries. This demand sends “a clear signal to manufacturers” that these countries are viable markets for vaccines. Countries supported by Gavi pay for a portion of their vaccine programs, but as “a country’s income grows, its co-financing payments gradually increase to cover the full cost of vaccines.” Gavi relies on large donors to run this business model.

In January 2015, USAID dedicated $1 billion to Gavi in support of the organization’s plan to “immunize 300 million additional children and save at least 5 million lives by 2020.” The Obama administration was vocally supportive of global poverty reduction efforts— Obama addressed extreme poverty in three of his State of the Union addresses— but the Trump administration was not expected to contribute to poverty reduction efforts to the same extent. Trump’s pledge to Gavi is refreshing in the midst of the 32 percent overall cuts to international aid proposed in his budget.

Gavi’s website lists the U.S.’s contribution to the program for the period of 2016-2020 as $800 million. If Trump were to have cut the U.S.’s funding for Gavi, the organization would have lost close to a ninth of its $9.2 billion budget. Reducing aid to Gavi would have further damaged the U.S.’s aid reputation, as it spends the least on foreign aid of all developed countries, especially since other countries fund the majority of Gavi’s budget. Notably, the U.K. has contributed $2,515 million, Norway $922 million, and Germany $676 million for the same 2016-2020 cycle.

It is important that the U.S. continue to support international vaccination programs like Gavi, the Vaccine Alliance as they allow healthier populations to become more stable, self-sustaining and economically stronger. Gavi projects $100 billion in economic gain worldwide as more people are immunized and the world moves closer to global poverty eradication.