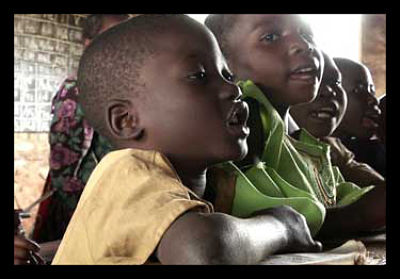 BANJUL, The Gambia – UNICEF has recently committed $300,000 to the nation of The Gambia to fight child malnutrition. The Gambia, a nation half the size of New Jersey and located on the west coast of Africa, has acquired an additional $15 million for the issue of food security out of $1.7 billion UNICEF has dedicated to the Sahel region of the continent.

The Gambia is especially in need of this child malnutrition grant since nearly 50% of its population of 1.7 million consists of children under the age of 18. UNICEF’s work is particularly important to this nation because of its large youth population.

Overall, 34% of Gambians live under the poverty line. Fortunately, however, most Gambians are fully immunized and have access to improved water sources and sanitation facilities. UNICEF is working to ensure that all Gambian children are fully immunized, well-nourished, have access to clean water and sanitation, and receive an education. Ultimately, The Gambia’s future will be greatly impacted by UNICEF’s work, as it not only improves children’s lives now, but it also provides the nation with the tools it needs to have a healthy and productive population in subsequent years.