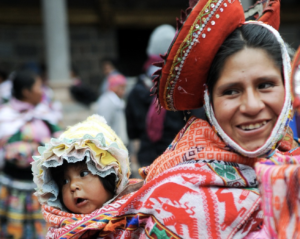 Peru carries a heavy history of periodic instability that has made the establishment of an accessible healthcare system perilous. The country suffers from an inequitable distribution of healthcare workers. It also struggles with the partition between private and governmentally-sponsored healthcare, the provisions of which skew inequitably toward the wealthy. Peru’s wealth gap shows the richest 20% in the nation controlling nearly half of its income and the poorest 20% earning less than 5%. This inequality is quite literally killing Peruvians. According to the 2007 National Census of Indigenous Peoples conducted by the Peruvian government, over 50% of census-interviewed communities did not have access to any form of health care facility.

Healthcare in Peru by the Numbers

Structure of Healthcare in Peru

Due in part to fluctuating governmental structures and rulers, Peru currently operates with a decentralized health care system administered by five entities. Two of these entities provide 90% of the nation’s healthcare services publicly, while three provide 10% of the nation’s healthcare in the private sector. This distribution results in considerable overlap and little coordination, depleting the healthcare system of resources and providers. In fact, many healthcare providers in Peru work an assortment of jobs across different subsectors.

As healthcare is a necessary sector of the economy, Peru’s healthcare worker density is increasing, even as health worker outmigration also increases. But since these workers are not equitably distributed, coastal and urban areas monopolize the majority of these providers. Lima and tourist coasts boast the highest distribution of healthcare workers, while rural and remote areas such as Piura and Loreto are home to few health providers.

Impact of the Healthcare Structure on Women

The detrimental effects of inequitable healthcare distribution are most visible in the country’s astonishing maternal mortality rate. The World Bank’s 2017 data showed that 88 out of 100,000 mothers in Peru die from pregnancy-related causes. However, Peru’s efforts have substantially reduced the number from 10 years before when the maternal mortality rate in Peru was 112 per 100,000 mothers in 2007.

The burden of maternal mortality rests squarely upon the shoulders of poor, rural, and Indigenous women. They are dying from largely preventable causes in a massive breach of human rights. These women disproportionately face countless barriers to pregnancy wellness and birth healthcare, including a dearth of emergency obstetric and neonatal services, language barriers and a lack of information regarding maternal health. Peru has implemented policies in recent years to reduce the rate of maternal mortality, such as the increase of maternal waiting houses for rural pregnant women to reside in as they approach birth.

The only cause of premature death that precedes neonatal disorders as a result of inadequate neonatal obstetrics is lower respiratory infections. This type of infection is the most likely cause of premature death, and it has remained so since 2007. This illness, too, disproportionately impacts women and children. They are the most likely groups to die from household air pollution, a type of pollution caused by the burning of solid fuels for cooking and heating purposes. In Peru, 429 out of an estimated 1,110 yearly childhood deaths are caused by acute lower respiratory infections resulting from household air pollution. Combined, neonatal disorders and lower respiratory infections cause more death and disability than any other factor in Peru. These are shortening the lives of Peruvian women and children by almost 20%.

Moving Forward with Healthcare in Peru

The healthcare system in Peru is one that suffers many flaws. It is straining to support its people, especially in the midst of a worldwide pandemic. While the going is slow, the country is striving to reform its healthcare system. Peru is doing this by reforming its healthcare system in the direction of universal coverage – an achievable but certainly strenuous goal. Since vigorously implementing healthcare reform in the late 90s, Peru reports coverage of 80% of its population with some form of health services. While this number is far from ideal, it is evidence that the Peruvian government is not only cognizant of but concerned about its healthcare failures, and it is striving for a fuller coverage future.

Corruption in Ecuador5 Facts About Healthcare in Romania
Scroll to top