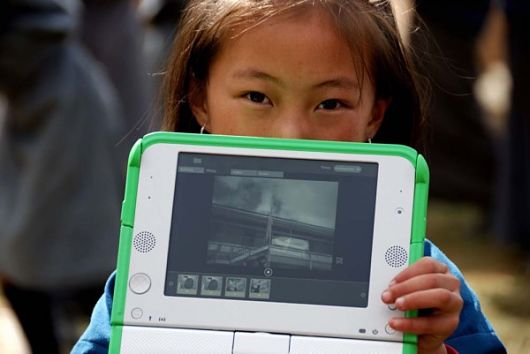 The Fourth World Love organization was started by Misty Tosh and Lisa Colangelo who decided to create the organization in 2008 after filming a television show for the Travel Channel in Yelapa, Mexico. While there, they met people from a fourth world village who charmed them with their kindness and simplistic lifestyle. While filming, they noticed a crucial issue with their village; while they knew they had an established lifestyle, they realized they were not utilizing their resources to the best of their abilities. Tosh and Colangelo sought to help these people without tarnishing their beliefs.

Fourth World Love serves as a middleman for indigenous villages. They connect them with the resources and technology needed for villages to thrive without the technology conflicting with their lifestyles.

The members of Fourth World Love have worked on a variety of projects ranging from raising money through recycling to helping improve educational facilities in indigenous villages. One project raised enough money to provide a sanitation system in a village in Sembalum East Lombok Regency, West Nusa Tenggara, Indonesia.

The sanitation system will give the village a public toilet that will help with waste management, and Fourth World Love will create the toilet out of recycled products. The Sanitation System will also provide residents with clean water for proper hygiene.

Another project enacted by Fourth World Love allowed members from their Community Development Center to build and expand schools in indigenous villages in Sembalun. With donations, they were able to add libraries, multiple classrooms and a common area for students study and hang out in.

Volunteers for Fourth World Love help out with the Community Development Center in preparing villages for possible tourism, teaching them English and working on organic farms. Helping villagers start up their own businesses, working with the elderly and playing with children are also among the tasks completed by volunteers. Tosh and Colangelo, along with many volunteers, have traveled to multiple villages and continue to help them strive and be successful, and Fourth World Love will continue to empower communities through grassroots projects.