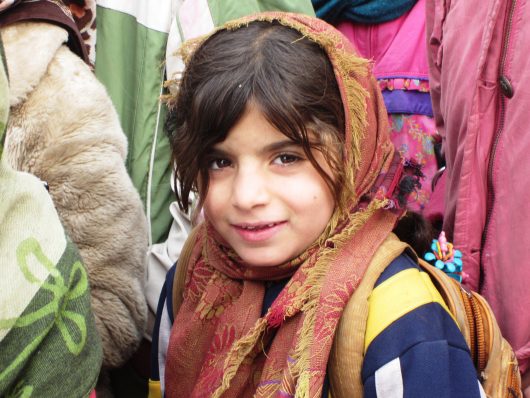 Film is undoubtedly one of the most compelling forms of storytelling and some of the most powerful yet untold stories are those of the refugees.  Many millions have left their homelands and travelled across the globe throughout history, inspiring film-makers to capture their journeys. Here are four movies about refugees—two older, fictional films and two newer, real-life stories—that portray the experiences of refugees in an important and meaningful way. Although this list is only comprised of four movies about refugees, hundreds of documentaries, feature films and shorts are available online and in stores.

In This World (2002): Shot like a documentary, In This World portrays two Afghan refugees’ land journey. Unlike many other fictitious films about refugees, this film shows a fairly complete picture of a refugee’s journey, which includes the endless hours of waiting, hours of panic, and brief, beautiful moments of hope.

Welcome (2009): A beautiful, artistic and rather unsentimental picture of one Iraqi Kurd’s attempt to swim the English Channel in order to gain asylum, this French film portrays the stark situation of many homeless refugees living in France at the time and the legal dangers that awaited the French people who helped asylum-seekers.

The Land Between (2014): Documenting the everyday lives of Sub-Saharan migrants trapped between their homelands and the prospect of a new life in Europe, The Land Between addresses one of the most important questions of all migrant crises, whether past, present or future: why, and how, do people risk their lives and everything they own?

Neuland (2015): Neuland explores the lives of immigrants and refugees from all over the globe as they acclimate to life in Switzerland. Following the students in one class, the film shows the hardships and joys of building a new life in a foreign country.

In addition to many other full-length fictitious and real-life movies about refugees, many organizations, like Amnesty International, compile short films to spread awareness about refugees. In the end, whether short or long, real or imagined, movies about refugees provide an invaluable window into the lives of victims from all over the world.