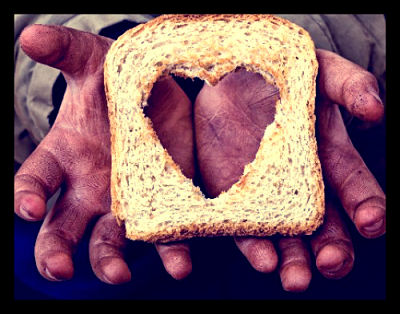 Millions of people worldwide live with the absence of available food sources. From our Western perspective, this is often difficult to understand as well as painful to imagine. However, the world without food is not without hope. Here, we focus on 5 ways to not only stop hunger in its current state, but also prevent it from happening in the first place.

1. Look to the Future.
Breaking the cycle of hunger is not possible without future-mindedness. So many countries go hungry due to lack of investment—no one sends aid because the hungry population is not prospering, the population is not prospering because they don’t have enough food to function…and the nightmare goes on. Investing in the future and electing smart leaders who have a plan to fight this epidemic is crucial to ending current and preventing future starvation.

2. Focus On Women.
Women make up 60% of the world’s hungry. Starving women means malnourished babies or failed pregnancies, and even those pregnancies that do come to term often lead to another hunger-stricken life.

Women tend to go hungry more often than men, because women are more likely to have unequal access to resources, education, and income—all because they tend to participate less in decision-making. Healthy women will bear healthy babies, raise them into healthy children, and create healthy adults.

3. Invest in Livestock and Agriculture.
Think of the famous saying,  “Catch a man a fish, and feed him for a night. Teach a man to fish, feed him for a lifetime.” Sustainable production of food is essential for starvation prevention, and healthy communities. Most starving countries have poor agricultural systems due to drought or lack of water sanitation.

However, it is not the drought itself that erodes food security in a population. The real issue here is an areas vulnerability to drought because of chronic underinvestment in their lands and livestock.

4. Find Out How You Can Help.
Hunger won’t end without all of our help. All of us—every human being on the planet—need to commit to fighting starvation in order for it to end. Something as simple as volunteering at a food back, or something as radical as campaigning on Capitol Hill will move our world toward an age where no one dies of starvation.

Worst Countries in Which to Give Birth Do Corporate Tax Breaks Cost Poor Nations?
Scroll to top