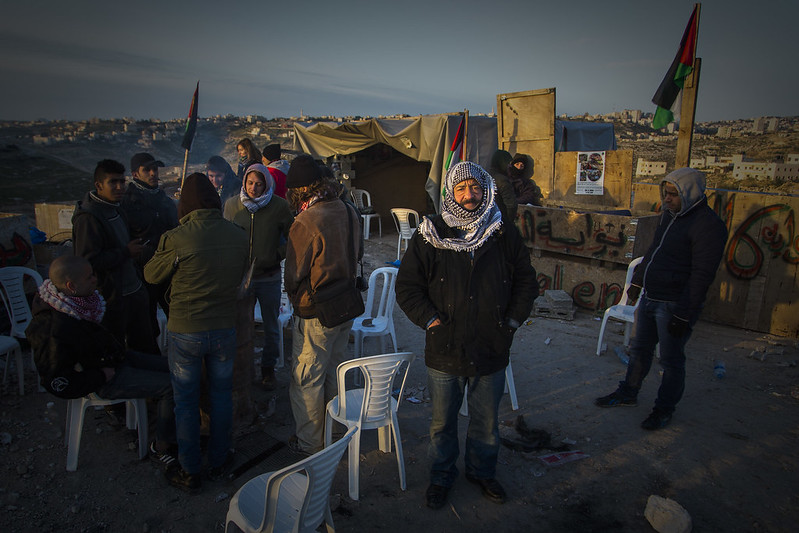 There is no escaping the fact that the West Bank has significant indicators of improved living conditions and infrastructure. Roads that were once rough dirt trails have been smoothed out over the past three decades. Standard childhood vaccination rates have reached nearly 100%. Boys and girls are attending school and reading at record levels.

Since the Oslo Accords in the mid-1990s, a treaty that was meant to deliver peace and a Palestinian state, significant sums of foreign aid to Palestine made possible many of these changes: The Organization for Economic Cooperation and Development (OECD) estimates that between 1994 and 2020, funding to the Palestinians totaled more than $40 billion.

Due to the embargo on the Gaza Strip since 2007, which has caused a resurgence of hostilities and political divides, the Palestinian economy has suffered. A total of 2.1 million Palestinians—out of a total population of 5.3 million—need humanitarian aid. Parallelly, 80% of Gaza’s populace is aid-dependent.

A cycle of poverty, unemployment and food insecurity has mired people, which the rise in food and gasoline prices as a result of the conflict between Russia and Ukraine has exacerbated. In the West Bank, where more than 60% of the land is under Israeli control and home to East Jerusalem, Area C and H2, 800,000 Palestinians require greater access to basic amenities like electricity, water and health care yet there is still little prospect for education or economic opportunity.

Between 1994 and 2020, Germany, France, Norway, the U.K. and Japan provided more than 20% of all foreign aid to Palestine. Along with their contributions to UNRWA, Germany and other European nations were anticipated to invest up to €80 million ($70 million) in water projects in Gaza in 2021.

In 2021, the European Commission rapidly redirected €100,000 from current World Health Organization (WHO) initiatives to address the first emergency health requirements in reaction to the violence raging throughout Palestine and the high number of civilian deaths. The Palestinian Authority launched the COVID-19 immunization program on March 21, 2021, following the receipt of vaccinations from the COVAX facility.

With more than €2.2 billion, the EU and its member states are one of the largest funders of COVAX. Since 2000, the European Union has contributed more than €818 million in humanitarian aid to support the Palestinian people with their most basic needs.

U.N. organizations spent nearly $4.5 billion, including $600 million in 2020 alone, in Gaza between 2014 and 2020. Three-quarters of Gaza’s population are Palestinian refugees, who receive more than 80% of that funding through the U.N. agency for Palestinian refugees. UNRWA, which also offers food assistance and health services, runs schools for some 280,000 students in Gaza.

The World Bank granted a $30 million Development Policy Grant for the Palestinian Territories to assist reforms in the areas of inclusiveness, transparency and the green economy on July 7, 2022. Additionally, the World Bank will give $7 million to Gaza’s most vulnerable populations.

While the Gaza Emergency Support for Social Services Project offers access to a variety of social services, short-term funding for services, and online work possibilities, 80% of recipients of a comparable intervention under the Gaza Emergency Cash for Work and Self-Employment Support fund contracts worth more than $500,000, demonstrating the effectiveness of this modality in fostering employment prospects for adolescents and women in particular.

Between 1994 and 2020, five Arab nations gave the Palestinians the majority of the $8.5 billion in Arab funding. Their abundance in oil and gas plays a crucial role in maintaining the welfare of Palestinians, which also increases their capacity to have an influence on the Palestinian cause. Saudi Arabia received $4 billion in donations during this time, followed by the UAE ($2.1 billion), Algeria ($908 million), Qatar ($766 million) and Kuwait ($758 million) as the top five donors.

Since 2012, Qatar has given Gaza $1.3 billion in aid for infrastructure, health care and agriculture. This includes the $360 million allocated in January for 2021 and the additional $500 million pledged in May for post-war rehabilitation. The money from Qatar also helps pay the wages of the Hamas leadership and supports needy families. According to the Palestinian Authority, $1.7 billion will go to Gaza, with it primarily going toward pay for the tens of thousands of government officials who had to leave their jobs in 2007 when Hamas assumed power.

Foreign aid to Palestinians came in a variety of forms and sizes, for a variety of reasons. These included crisis relief, development projects, budget support, donations to grassroots groups, loans and technical help. Regardless of the aims or types of help that Palestinians have received over the past 20 years, this aid has had a substantial impact on the country’s political, social and economic landscape.

Although there have been substantial socioeconomic improvements, more foreign aid in Palestine is necessary to promote the establishment of institutions necessary for a two-state solution and to fulfill Palestinian aspirations for their economy to be on the road to sustainable growth.