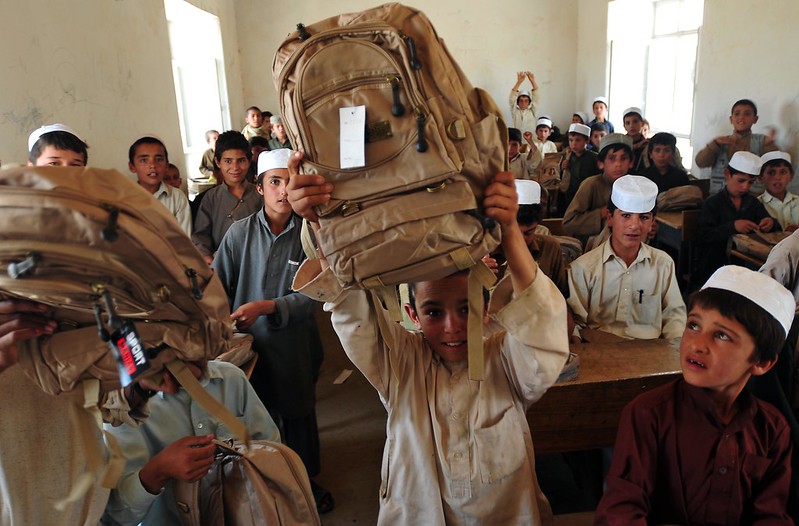 Some definitions of foreign aid provide a distorted vision of its purpose. This in turn drives citizens, government officials and donors away from supporting it. An accurate definition of foreign aid is one country helping to improve a recipient country’s standard of living through economic, military and various other services. Donors provide this type of support after war or natural disaster. The recent withdrawal of U.S. forces from Afghanistan is slowly concluding more than 40 years of conflict. However, foreign aid to Afghanistan remains necessary.

More than half of the population in Afghanistan lives on $1.90 a day. In headlines, history books and news stories, many do not see Afghanistan beyond the label of an economically developing country. This label often comes from a place of unfair judgment.

The longevity of the Afghan crisis is why aid is vital in transforming the country to work toward a better quality of life and future for the younger generations. The detrimental relationship between the state and citizens has damaged every part of what is necessary for a society to flourish. For example, the top-down monopoly with profiteers and warlords on top formed to control economic markets producing bottom-up violence is a significant barrier in the country flourishing. Understanding the nature of the conflict that has created a dystopian climate throughout the country is vital in producing foreign aid to Afghanistan because planning for the long term is what will produce change.

The U.S. is the world’s largest provider of foreign aid, but reform is necessary for providing quality aid for the future. During secretary of state Antony Blinken’s visit to Afghanistan on April 15, 2021, he spoke on several areas of reform to ensure the foreign aid sector continues to progress and attend to the needs of Afghanistan.

The U.S. is studying previous aid distribution models and methods to ensure that country receives the maximum amount of help. This also promotes other governments to continue the change. The U.S. plans on holding the Afghanistan government accountable to the pledge of acknowledging the basic human rights of their citizens. For example, traveling outside of the country has been nearly impossible for Afghan citizens. The U.S. will also hold the Taliban accountable for using Afghanistan as a base for formulating attacks on other countries. Neutralizing any form of threat prevents damage to other countries that would ultimately produce the need for more foreign aid and will push away allies.

The U.S. will ensure even aid distribution throughout the country. It will have clear communication with the Taliban in the coming years. The Taliban must allow aid groups to work on uninterrupted terms. Overall, the U.S. is enforcing long-term change through rectifying the relationship between the state and citizens that has been upholding the unlivable climate.

The Future of Foreign Aid to Afghanistan

The narrative of putting a stop to the current war or any war in the future is an unreachable goal. Foreign aid will not go towards a single issue. Instead, it will focus on changing the systemic problems that continue to produce wars. The U.S. often uses a militant approach, however, with the updated forms of foreign aid, it will not be using violence to overcome it. This includes $64 million in new humanitarian assistance which the United Nations High Commissioner for Refugees (UNHCR) and the World Health Organization (WHO) will distribute. This new surge of funding will provide a large range of assistance including shelter, essential health care, sanitation, food aid, hygiene services and more. These are forms of aid that will contribute to the overall building of a better livelihood for Afghan citizens.

The Millennium Challenge Corporation (MCC), which U.S. Congress introduced in 2004 is an agency separate from the State Department and USAID. It continues to abide by its mission statement of reducing poverty through economic growth by providing aid to countries like Afghanistan. The U.S. has also developed a range of grants and programs to assist Afghan women who the civil upheaval greatly impacted. USAID continues to provide grants in helping Afghan women gain access to universities through the Women’s Scholarship Endowment.

The US State Department’s Bureau of Population, Refugees and Migration (PRM)

In large groups, varying interests can prevent the proper allocation of funds to aid. However, the government and donors continue to work closely together. The impact that aid has extends beyond providing food and emergency medical assistance. It has the potential to provide a hopeful future for those who have only known living in a war zone. It reconciles individual relationships within the society. As aid strategies are revised to adhere to current needs the long-term quality of life for Afghan citizens will improve.

Human Trafficking in CuraçaoHIV/AIDS in Ukraine
Scroll to top