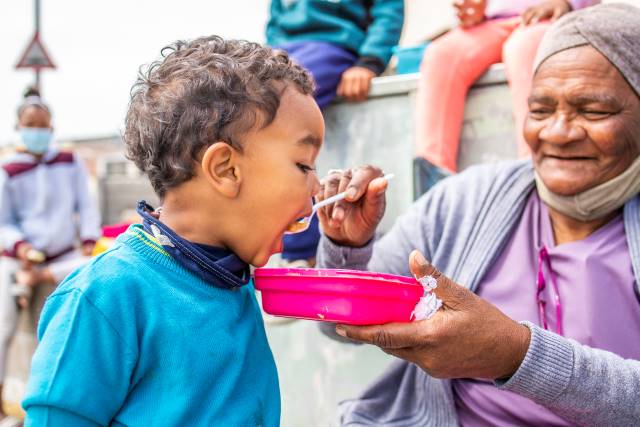 South Africa is one of the most developed African countries and the continent’s largest stock exchange. However, despite its advanced economy, South Africa still has much work to do to solve its key issues, one of them being food insecurity. According to Statistics South Africa, in 2017, 6.8 million South Africans faced hunger. Although the number of food-insecure populations has plummeted by more than half from 13.5 million in 2002, roughly 11% of the country’s population struggled to put food on the table in 2019. However, a closer look at South Africa reveals that hunger is not a national-level issue but rather a household-level issue. Although the country produces enough food for its citizens, approximately 10 million tonnes of food goes to waste in a year. FoodForward SA aims to alleviate hunger in South Africa by rescuing and redistributing surplus food that would otherwise go to waste.

FoodForward SA is a South African nonprofit that was established in 2009 to alleviate hunger in South Africa by rescuing quality edible food for subsequent redistribution to people in need. FoodForward SA partners with various local beneficiary organizations (BOs) to extend its impact to rural and urban communities. Through these BOs, the organization widens the scope of its impact to large numbers of vulnerable South Africans, which it would otherwise not reach if it were acting alone.

Before 2018, FoodForwad SA relied on a complex logistics chain to gather, categorize, store surplus food from donor agencies and redistribute the food to beneficiary organizations. In 2018, however, this ended with the organization’s innovation, “FoodShare,” a cyber platform to help save quality food that would otherwise end up in landfills by virtually connecting food outlets with beneficiary organizations, consequently promoting a smoother redistribution process. In addition to connecting donors and beneficiaries, FoodShare also allows for easy inventory optimization, tonnage measurement and offline monitoring and evaluation, among other features.

About nine years ago, FoodForward SA embarked on a partnership with Kellogg’s, a U.S. multinational food manufacturing company. The Kellogg’s Breakfast for Better Days Programme is a school feeding initiative dedicated to providing breakfast to vulnerable primary and secondary school children in South Africa. In 2020, the program covered the South African provinces of Gauteng, KwaZulu-Natal and both the Eastern and Western Cape, reaching roughly 37,000 children. The collaborative efforts of FoodForward SA and Kellogg’s help the initiative expand its reach and impact. In 2021, Kellogg’s hopes to extend the program’s impact to more vulnerable areas in South Africa.

FoodFoward SA’s Mobile Rural Depot Programme was started in 2019 to alleviate hunger in South Africa by making quality surplus food accessible to more than 25 identified and underserved rural communities. FoodForward SA deploys trucks loaded with food supplies to each depot region to deliver food to communities. BOs from neighboring communities subsequently gather to collect and redistribute the food. Following the delivery, empty trucks stop by the areas’ farms to stockpile surplus agricultural supplies, which are taken back to a warehouse.

COVID-19’s Impact: A Blessing in Disguise

Whereas the ongoing COVID-19 pandemic has exerted a toll on food banks globally, FoodForward SA has a different story. In an interview with The Borgen Project, Deidre Adams, the nonprofit’s fund development manager, discussed FoodForward SA’s immediate action during COVID-19 and its resulting success.

Adams explains that the COVID-19 pandemic required the organization to rapidly scale its operations to meet increasing food insecurity. The managing director of FoodForward SA, Andy Du Plessis, put out a food security appeal of R50,000 in order to extend its scale of food aid. The R50 million appeal sparked an influx of donations from local and international donors, totaling R90 million, almost doubling the initial target.

“By not only reaching but exceeding our appeal target, we have been able to scale rapidly so that currently, and within nine months only, we are feeding around 475,000 people daily,” Adams says. Through its Mobile Rural Depot (MRD) Programme alone, FoodForward SA currently reaches 62,000 vulnerable people in rural communities disproportionately affected by the pandemic.

Despite FoodForward SA’s remarkable success, the organization never stops searching for innovative ways to alleviate hunger in South Africa by reaching as many vulnerable communities as possible and seeking more financial support to reach all of the country’s nine provinces. In response to whether the organization’s progress provides hope of attaining its vision, “a South Africa without hunger,” Adams remarked that connecting the world of surplus to the world of need can indeed eradicate hunger in South Africa.

During the 2020/2021 fiscal year alone, the organization issued 29 million meals. To ensure that its resources reach the intended beneficiaries, the organization pays unannounced monitoring and evaluation visits to its beneficiary organizations once a quarter. Although from the current state affairs, it is indubitable that South Africa still has a steep hill to climb to achieve zero hunger, FoodForward SA’s exceptional work promises rewarding outcomes in due time.