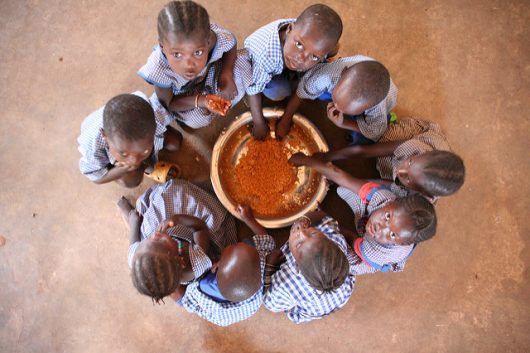 One of Africa’s smallest countries, The Gambia is plagued by desertification, political corruption and rampant poverty. But thanks to the contributions of numerous agencies, the government has been able to make rapid advancements, with a clear-cut, long-term plan for food program initiatives in The Gambia. Providing increased support in the agricultural sector and expanding resources will benefit both the private and public sector, leading to economic prosperity.

According to the CIA World Factbook, crop failures caused by droughts between 2011 and 2013 have increased poverty, food shortages and malnutrition. Furthermore, The Gambia has one of the highest infant mortality rates in West Africa. Another issue that impedes The Gambia’s agricultural growth is climate change, which has hindered poverty alleviation.

The United Nations Food and Agriculture Organization launched the “Improving Food Security and Nutrition in the Gambia, Through Food Fortification” project on September 26, 2017. Its purpose is to improve education about nutrition and increase micronutrients, as well as allocate funding towards the following projects:

Vice President Fatoumata Jallow-Tambang, who launched the project, says that these food program initiatives will pave the way for increased capabilities in the public and private sector. She claimed that such projects will increase essential micronutrients such as vitamin A, iron, zinc and folic acid among others. Increasing micronutrient deficiency control has been a core principle of food program initiatives in The Gambia. The government has taken many steps to do so, which include revising a 2006 food fortification and salt iodization regulation that was enacted to provide food fortification.

Other food program initiatives in The Gambia that have steadily increased awareness at a local level include the Great Green Wall for the Sahara and the Sahel Initiative. The operation is a four-year project funded by the European Union, the FAO and The Gambia. It aims to tackle poverty by “ending hunger, improving resilience to climate change and using a landscape approach.” Furthermore, the project targets rural farmers, a pivotal component of controlling land degradation and deforestation. The initiative also serves to empower local communities by establishing “community woodlots, community managed forests and promoting joint forest park management,” according to Regional Forestry Officer Ebou Janha.

The Gambia struggles with illiteracy, with more than half of the country unable to read or write. This new approach tackles the importance of reaching out to students in the classroom to educate them on how to properly manage natural resources and to actively become engaged in their communities. One additional component includes promoting environmental management.

Patta Kanyi, Focal Person at the Agency for the Development of Women and Children emphasized the importance of educating local communities on the proper usage of cooking stoves to reduce the effects of climate change and lessen the need for wood.

Such practices make The Gambia’s objective of eradicating poverty more attainable. The efforts being made to combat such hardships are truly remarkable. By building more robust communities through partnerships with inter-governmental organizations and the private sector, The Gambia has become a trading partner with developed countries. The attempt to involve rural farmers in forest management will be crucial for maintaining a sustainable environment. The food program initiatives in The Gambia demonstrate the objectives this country has in eradicating poverty for good.