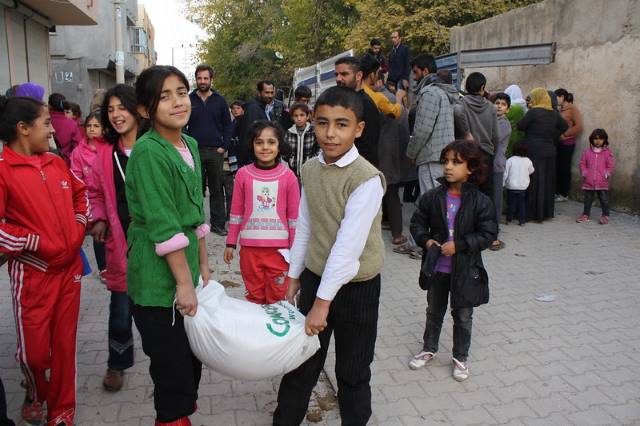 The civil war in Syria began in March 2011, greatly impacting the lives of those who live in and around the country of Syria. With the United Nations noting a staggering poverty rate of 90% in March 2021, the people of Syria are struggling to secure their basic needs. Rising levels of food insecurity in Syria are of particular concern, a consequence of the conflict within the nation. According to the United Nations, in 2021, 60% of Syrians were at risk of hunger, “the highest number ever in the history of the Syrian conflict.”

According to an August 2021 World Food Programme (WFP) country brief, 12.4 million people in Syria suffer from food insecurity. This number rose by 4.5 million since the previous year, marking a record high. The onset of COVID-19 served to exacerbate food insecurity and poverty, compounding existing issues of “years of conflict, displacement, soaring food prices and a decline in the value of the Syrian” currency. The cost of essential food “is now 29 times higher” than it was before the civil war began. Due to worsening conditions in the nation, 1.3 million people in Syria are suffering from severe food insecurity. The conflict and war have also led to the displacement of 6.8 million people, serving as another contributing factor to growing food insecurity in Syria.

War and conflict within Syria also affect crops and harvests. A study published by Nature Food in January 2022 uses satellite data to shows that cropland near urban settlements suffered severe disruption after the start of the Syrian civil war. The areas that saw the most cropland reduction are the northwest and southeast. The issue of food insecurity becomes greater when the people of Syria can no longer grow their own crops.

WFP is also providing assistance to the people of Syria. It provides food assistance to 4.8 million people on a monthly basis. This food assistance includes “rice, pulses, oil and wheat.” The WFP also provides pregnant and nursing mothers with “nutritious food” as well as vouchers to help maintain their nutritional needs and improve their diets and vitamin intake. In addition, WFP provides school children with the nutritional food they need. The organization has given “vouchers to more than 348,000 students” to ensure they receive “snacks, fresh meals and assistance.” The crisis in Syria is concerning enough that WFP fundraises hundreds of thousands of emergency funds for its various food emergency initiatives.

The people of Syria continue to face difficult times during the ongoing civil war. Syrians have lost their homes, family members and access to food during this time. Food insecurity in Syria is at an all-time high, with millions going hungry every day. Citizens’ struggles to grow crops only add to the food insecurity. However, with the help of the FFP and WFP, millions of people in Syria are receiving food assistance. Women and children also benefit from these programs by receiving food and vitamins. These programs offer a great example of how the international community can contribute to food insecurity emergencies around the world.