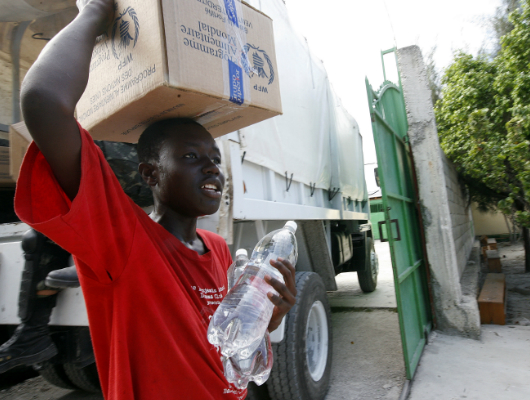 Over the next five months, the El Niño weather system is expected to continue dropping torrential rains in East Africa and causing severe droughts in Ethiopia, which is facing conditions not seen in three decades.

According to the USAID, the number of people facing food insecurity in Ethiopia will likely increase from 2.9 million to over 8 million by the beginning of 2016. But officials say they are ready and confident that systems are in place to mitigate the worst effects of this annual meteorological phenomenon.

“Improved early warning, the establishment of the Productive Safety Net Program (PSNP), as well as serious engagement from the government of Ethiopia means that we are not likely to see the kind of famine conditions witnessed in Ethiopia in earlier decades,” said USAID Director of Food for Peace, Dina Esposito.

Her remarks accompanied the announcement that USAID will commit an additional $97 million to bolster PSNP for at-risk communities in the region.

The Productive Safety Net Program was launched in 2005 by the government of Ethiopia with support from the World Food Programme (WFP) to provide immediate relief from low crop yield and create agricultural sustainability moving forward. 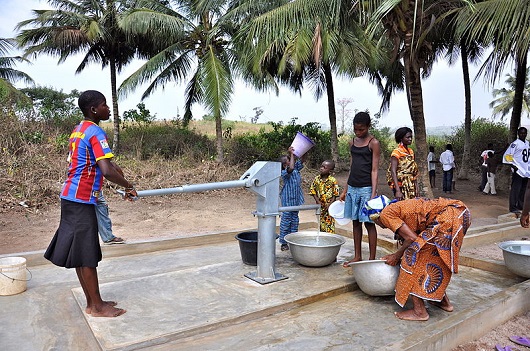 Katana Kusiya, a participant of PSNP in 2009, said that the aid was enough to feed her family of 11 for one month. In exchange, she received training on building wells and capturing rainwater efficiently. This training will hopefully result in communities like Katana’s relying less on sustenance farming and moving toward productive farming.

By investing in the safety net, development partners are hopeful that rural communities will develop an ability to resist the shock of unfavorable weather patterns, like El Niño, and become less food insecure in the long term. In its first three years, the program reached 7.5 million people and delivered 78,000 tons of food.

This newest commitment by USAID will include 154,000 tons of direct food assistance and a $58 million donation to the Catholic Relief Services for the transfer of an additional 105,700 tons of food.

The organizations are acting quickly to provide these transfers in order to ensure that 3.5 million vulnerable households, including refugees from neighboring Somalia, Eritrea and South Sudan receive aid in a timely manner.

For UNICEF Executive Director Anthony Lake, El Niño also presents an opportunity to re-engage the conversation about linkages between climate change and food insecurity in countries like Ethiopia during the upcoming climate conference in France.

Severe weather patterns regularly devastate agricultural productivity in developing countries, leading to famine and loss of life. “[El Niño’s] intensity and potential destructiveness should be a wake-up call as world leaders gather in Paris,” he said.

In the meantime, USAID is working quickly to provide the government of Ethiopia with all the support it needs to prevent loss of life this season. $600 million in aid, they estimate, will be required to effectively deal with the emergency.