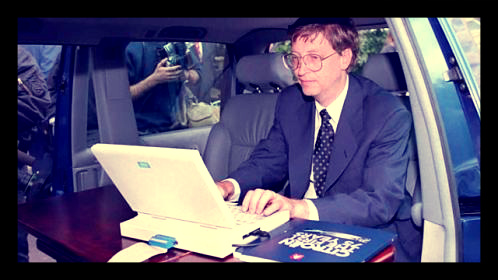 As one of the richest men on the planet, a philanthropist extraordinaire with his own multi-million dollar fund and a proponent for the human race, billionaire Bill Gates shouldn’t only be perceived as the father of Microsoft — he’s a prominent source of inspiration and hope.

Following are five advocative quotes by the legendary man, certain to motivate and incite toward action:

1. “I believe that if you show people the problems and you show them the solutions they will be moved to act.”

2. “I’m a great believer that any tool that enhances communication has profound effects in terms of how people can learn from each other, and how they can achieve the kind of freedoms that they’re interested in.”

3. “People always fear change. People feared electricity when it was invented, didn’t they? People feared coal, they feared gas-powered engines… There will always be ignorance, and ignorance leads to fear. But with time, people will come to accept their silicon masters.”

4. “At Microsoft there are lots of brilliant ideas but the image is that they all come from the top – I’m afraid that’s not quite right.”

5. “The general idea of the rich helping the poor, I think, is important.”

What’s truly important to keep in mind here is that Mr. Gates, no matter how successful, is only human—much like everyone else. Due to his accomplishments, there probably isn’t a single person unfamiliar with his name in the modern day world.

However, Bill Gates himself pays attention to those in need; he donates money and funds research that is helping to alleviate global poverty.

These hand-picked quotes are only a sample of the reflective thoughts he produces; the encouraging simple truths they present should function as incentives for hard work.