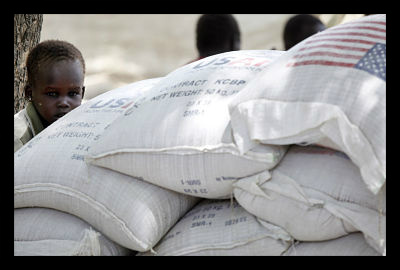 On Tuesday, U.S. lawmakers introduced the Food for Peace Reform Act of 2014. U.S. Sen. Bob Corker, R-Tenn., and Sen. Chris Coons, D-Del., jointly introduced this legislation, which would end restrictions on international food aid programs.“More than anything else, the mission of America’s food aid program is to save lives,” Coons said. “Our current system for acquiring and distributing food aid is inefficient and often hurts the very communities it is trying to help.”1. Feed More PeopleThe reformed food aid legislation would feed about 9 million people around the world.2. Greater EfficiencyThe legislation would make hundreds of millions of dollars more available per year. Currently, the food aid program has restrictions that require food to be produced in the United States rather than purchased locally. It costs more and takes months to reach people in disaster areas. It would also allow U.S. locally or regionally acquired commodities, cash transfers or vouchers to be used for aid.3. Small Effect on U.S. AgricultureU.S. food aid contributed merely 0.86 percent of total U.S. agricultural exports between 2002 and 2011 and just 1.41 percent of net farm income.4. Let USAID Ship Food on Any Available VesselsCurrently, half of food aid must also be transported on U.S. vessels, which takes months and costs more. The cargo preference requirement means that aid is shipped at 46 percent higher than the market rate.5. End Monetization“Monetization” is a requirement that says 15 percent of all U.S. donated food must be sold first by aid organizations, which produces cash that funds development projects. Removing this would save 25 cents out of every taxpayer dollar, would feed 800,000 more people and make about $30 million per year more available. Many development supporters argue that monetization upsets local markets.“At a time when our budget is strained and U.S. resources are limited, Congress needs to find ways to be more efficient and effective with every dollar,” Corker said.