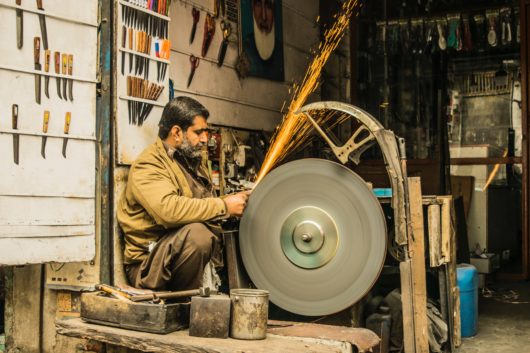 At only 15 years of age, a Pakistani girl named Zunaira Muhammad was forced into slavery and this was the price she paid for her dreams of becoming a software engineer and having an education. This happened when a kindly neighbor promised to pay for Zunaira’s education if she would come live with her and do some household chores. Unwittingly, Zunaira’s mother agreed. Zunaira went to live with her neighbor, Ayesha Ashfaq. Instead of providing a little girl with an education, Ashfaq lured Zunaira to Dubai, forced her to work in a beauty parlor, sold her into sex slavery, and tortured her when she resisted. After she managed to escape she said that her whole life is destroyed as she cannot pursue studies due to the stigma attached to her.

Zunaira is only one story among millions of young people, especially young girls, who are kidnapped, trafficked and sold into slavery around the world. There are about 46 million people living in slavery today, and over 3 million of them are enslaved in Pakistan, making it rank eight in the Global Slavery Index. In the text below, the top five facts to know about human trafficking in Pakistan are presented.

Though many trafficking victims live without hope, there can be light at the end of the tunnel. With help from organizations and governments such as UNODC and the U.S. Department of State, human trafficking in Pakistan will continue to decrease. As for a young girl from the beginning of the article, she, despite her fear of traffickers, still plans to defy the odds and apply for college, and her father promised to help her purchase books in the market on his meager salary. Her story is one of redemption, and hope for the future of Pakistan.