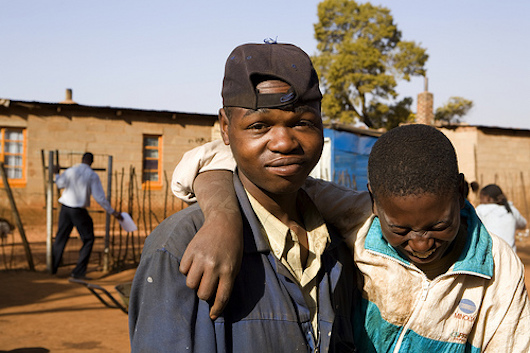 While Zambia continues to make strides economically and socially, there are clear problems that need to be addressed, according to a report by the International Development Research Centre (IDRC). The most pressing issue, the report states, is the growing number of unemployed youths in Zambia.

This past decade has been quite fruitful for Zambia’s economy, which has grown at an annual rate of 6 percent since 2000. However, poverty still afflicts 60.5 percent of the population. Moreover, from 2004 to 2013, the population has increased by 3.3 million to 14.5 million. The result is a disproportionately large population of Zambian youths.

This expansion amounts to an annual average rate of 3 percent, which exceeds the 2.7 percent average of other sub-Saharan countries.

According to the U.N.’s World Population Prospects, the working age youth population is expected to grow at a rate of 34 percent for the next two decades. This means that the youth labor force is expected to nearly double from 5.5 million to 10.1 million.

While Zambia’s economy has shown significant growth, the expected influx of youth into the labor market presents a challenge and a question: How can they all be absorbed into the workforce?

Currently, youth make up 64.2 percent of the working-age population. And of that pool, only 11 percent obtain public jobs. The private sector, on the other hand, accounts for a small percentage of the employed youth.

Not surprisingly, agriculture accounts for the majority of the jobs that youths hold as the economy continues to rely on that industry for growth.

This fact suggests that the economy has not undergone a structural transformation. In other words, the Zambian market has not yet incorporated technology-intensive manufacturing firms. And this has left otherwise able youth underemployed, performing marginal jobs of an irregular nature.

Zambia boasts tremendous improvement in primary school enrollment rates, having increased from 72 percent in 2002 to 94 percent in 2012. However, as the report notes, the true indicator of a stable and effective education system is the progression rate of students from primary school all the way to tertiary school.

In that regard, Zambia performs poorly: out of every 100 primary school children, only 1.07 will enroll at a tertiary institution (i.e. university or vocational school).

This rate is six times below the average of neighboring countries and 19 times below the world average. Since many Zambian youth do not complete secondary or tertiary school, they are unable to find jobs and many may resort to agricultural or household work.

The struggle in transitioning from school to work depends on several factors. The quality of education is one, but it is not uncommon for young Zambians to be in and out of school trying to find sponsors to pay for their education.

Some end up graduating secondary school (i.e. high school) in their twenties.

For this reason, entrepreneurship is quite popular among Zambians as a compelling option for those who leave school. And, while the business set up have so far not been very stable — as a result of their establishment being out of economic necessity rather than opportunity — many see promise if these individuals are better supported.

Technical and vocational educational training schools or TVETs have been created to address the huge scarcity of skilled workers and a need for out-of-school students to find training.

However, there are two challenges facing these schools. First, is a lack of capacity: about 300,000 Zambians leave the school system every year, yet the universities and TVETs can only absorb 14,000 students.

Second, there has yet to be much stock put in the graduates of TVETs as compared to graduates of universities. Historically, TVET graduates are viewed as favorably as university graduates even though they possess the technical skills needed for a growing young economy like Zambia’s.

The government has enacted soft policies to help combat youth unemployment. The National Youth Policy (NYP) was first adopted in 1994 and was later readdressed in 2013.

The result was the National Action Plan on Youth Employment in Zambia, which developed a framework to monitor and evaluate youth unemployment to better produce jobs and resources.