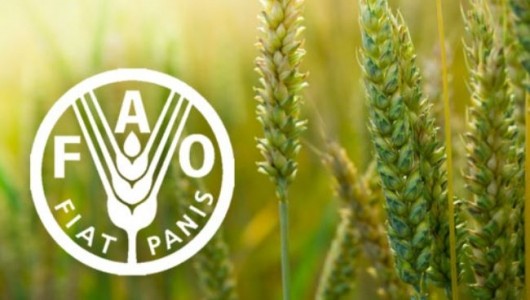 In December 2014, the United Nations Food and Agriculture Organization (FAO) recognized Iran with an honorary diploma for its progress in eradicating hunger. Iran satisfied the first Millennium Development Goal (MDG 1) by halving the number of people who suffer from malnutrition and satisfied the World Food Summit (WFS) goal of halving the number of undernourished people by 2015.

72 countries out of 129 were able to achieve MDG 1, showing that eliminating hunger is an achievable goal. Iran was one of 29 countries who ambitiously achieved the WFS goal. Due to the country’s success, the number of underweight children in Iran dropped from 13.8 percent in 1997 to 4.1 percent in 2014.

At the awarding gala for Iran, FAO Director General José Graziano da Silva said, “You have overcome major challenges in difficult global economic conditions and policy environments. You have demonstrated the will and mobilized the means.”

In June 2015, Iran and FAO announced they will be collaborating to help developing countries increase the productivity of the use of production resources by training agricultural producers from the Middle East. The empowerment of these producers will also extend to the Economic Cooperation Organization member states.

The work done to eradicate hunger in Iran serves as an example to other developing countries on how they may lower levels of malnutrition by reforming public education, health and family planning systems. Iran ranks second in the world in primary education enrollment, with 99.85 percent of its children enrolled in school.

“The notable achievement realized by the Islamic Republic of Iran within the framework of MDG 1 manifests the effectiveness of the policies and measures pursued by the country over the past two decades,” said Serge Nakouzi, Iran’s FAO representative.

Overall, there are 216 million fewer people who live in extreme hunger in 2015 than there were in 1992. The prevalence of undernourishment declined to 12.9 percent from 23.3 percent. Such success stories in Iran show the world how much policy reforms can make a difference in combating extreme poverty and hunger.

While the reduction of hunger in Iran is a great achievement, the country still faces challenges regarding the overall reduction of poverty. Iran has seen an increase in its youth population, an increase in migration and a prevalence of low-income households with no protection from economic fluctuations. It is important to move beyond the 2015 MDGs in order to alleviate extreme poverty and continue eradicating hunger.

Success in Iran can be attributed to economic growth, increases in income, higher employment, social security expansion and higher standards of health and education. Active governance and commitment to food security keep crisis environments away in order to combat malnourishment and create effective food policies.