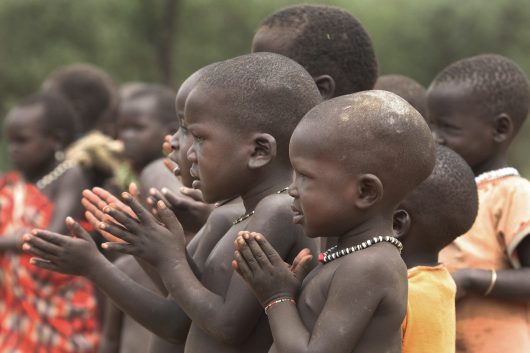 Since 2013, political unrest in South Sudan has created a wave of violence, forcing millions from their homes to seek refuge elsewhere. According to the International Rescue Committee, the violence has left approximately 10,000 dead and displaced more than two million South Sudanese people, or one in three.

Among the displaced, about 65 percent are children under the age of 18. About 19,000 children were recruited into militias, according to a UNICEF press release. The enduring violence has disrupted the economy, education system and healthcare and has caused severe malnutrition in South Sudan.

According to the UNICEF press release, more than one million children, which is more than half of the youth population in South Sudan, suffer from acute malnourishment. With no real progress in sight, malnutrition is expected to worsen in the coming year.

“In early 2018, half of the population will be reliant on emergency food aid. The next lean season beginning in March is likely again to see famine conditions in several locations across the country,” said the Emergency Relief Coordinator for the United Nations Office for the Coordination of Humanitarian Affairs (OCHA) Mark Lowcock to the OCHA security council.

Causes of Malnutrition in South Sudan

Besides flooding, which has displaced more than 100,000 people, the primary suspect causing malnutrition in South Sudan is the ongoing conflict. Destroying villages and separating families, the violence has created devastating consequences for the citizens of the African nation.

The threat of being killed or recruited into militias has forced millions from their homes and away from their farms. Now living in crowded refugee camps, and with a decrease in crop production, thousands of people are almost entirely reliant on humanitarian aid.

Not only does the violence cause millions to seek refuge and halt crop production, it also prevents humanitarian aid from reaching much-needed parts of South Sudan that suffer from food insecurity. According to OCHA, humanitarian aid will not be entirely successful until the conflict ends and allows organizations like UNICEF and the International Rescue Committee access to the malnourished people of South Sudan.

Thus far, 95 aid workers killed in South Sudan, 25 of which were killed in 2017. These unfortunate acts are the ones that hinder NGOs and other organizations’ abilities to send aid.

UNICEF has treated more than 600,000 people in South Sudan for malnutrition and aims to give about $183 million in aid during 2018. Furthermore, the World Bank’s South Sudan Emergency Food and Nutrition Security Project plans on giving about $50 million to help supply food and assist farmers in increasing their crop yield. Finally, the International Rescue Committee has helped in South Sudan by establishing clinics focused on addressing health-related issues, including malnutrition.

While these organizations and others are fighting malnutrition in South Sudan, violence has greatly affected their ability to assist. Constant warfare has left villages and farms deteriorated and has strained the already limited amount of food.

Filippo Grandi, the U.N. High Commissioner for Refugees, voiced his concern for the future of South Sudan when he and Lowcock initiated an appeal for an additional $1.5 billion in funding to combat the worsening conditions in South Sudan.

“The conflict is purging South Sudan of the people who should be the greatest resource of a young nation. They should be building the country, not fleeing it,” Grandi said. “For as long as the people of South Sudan await peace, the world must come to their aid.”