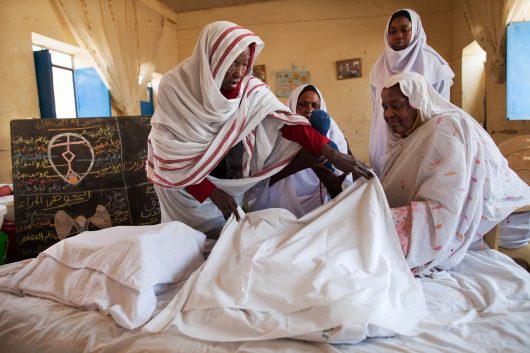 More than 120 million women and girls worldwide are victims of female genital mutilation (FGM). Often referred to as circumcision, a tragic misnomer, FGM is practiced in 28 different African countries, southern parts of the Arabian Peninsula, the Persian Gulf, among Muslim populations in Malaysia and Indonesia and increasingly among immigrant groups in Europe, Australia, Canada and the U.S.

Some cultures believe a woman’s ability to be stimulated sexually is impure within the definition of their religious practices. Others believe women are unmarriageable if they have not been cut, and therefore the practice is often perpetuated by mothers to ensure their children are not cast out societally. It is also believed that having their children cut can reduce the chances of extramarital affairs. Female genital mutilation is an epidemic with little justification for its practice.

There are four types of FGM:

In spite of legislation to end the occurrence of FGM, in some cultures, it is an ingrained rite of passage for women to enter womanhood. Mona Eltahawy, an op-ed contributor to the New York Times, interviewed a 53-year-old FGM survivor from Cairo who said, “It must be carried out because that’s the way to maintain the purity of girls, to make sure the girl is not out of control. We don’t care if it’s against the law or if they’re trying to stop it. We know doctors who are willing to continue and have done so.”

In October 2014, the U.N. Secretary-General announced a global campaign to end the practice of FGM within a generation. The government of Egypt banned it in 1959, then permitted again in some forms including “medical” genital cutting. Then a universal ban on all FGM was enacted in 2008. The Committee of Ministers of the Council of Europe has ensured that everyone within their jurisdiction has the rights and freedom defined in the Convention for the Protection of Human Rights and Fundamental Freedoms.

The Guide to Good and Promising Practices Aimed at Preventing and Combating Female Genital Mutilation, written by the Steering Committee for Human Rights, outlines the Four Ps implemented to combat FGM.

Several countries and organizations have employed methods to fight FGM on a large scale. Senegal has been hailed as a success story not for eradicating the practice but reducing the rate at which it is performed. Their methods include alternative rites of passage into womanhood, campaigns that include brides and bridegrooms to reject the custom, involving priests and clerics and helping women to reach higher levels of education.

A group of young women in Kenya who call themselves The Restorers developed an app to prevent female genital mutilation and other gender-based violence. The Restorers entered their app, i-Cut, into the Technovation Challenge. The app includes an SOS option for those who believe they may become victims of FGM or other gender-related violence, as well as an option to report if they have been victimized.

The Restorers didn’t win the competition, and many Kenyan leaders have not embraced the app, claiming that the girls have “become too westernized and are ruining African culture.” However, they plan to submit the app to Google Play and other digital marketplaces. This type of innovation complements more traditional preventative measures by raising awareness and giving women the option of reporting FGM.

The Committee of Ministers of the Council has stressed the need to raise awareness and improve educational campaigns to combat gender stereotypes that drive discrimination against women and girls. These campaigns must involve both genders collaborating to prevent the spread of harmful ideologies fueling violence against women and specifically female genital mutilation.

The issue is not strictly legal and not entirely social. In order to truly end this custom, the underlying issues regarding gender and power dynamics must be addressed.

The causes of FGM are rooted in the promotion of misconceptions about female sexuality in addition to detrimental gender politics within societal structures. Confronting FGM and its sources requires a multidimensional approach that enacts policies that dictate preventative measures, campaigns to influence the cultural perception of the practice, programs to improve gender equality and safety for women and girls worldwide.