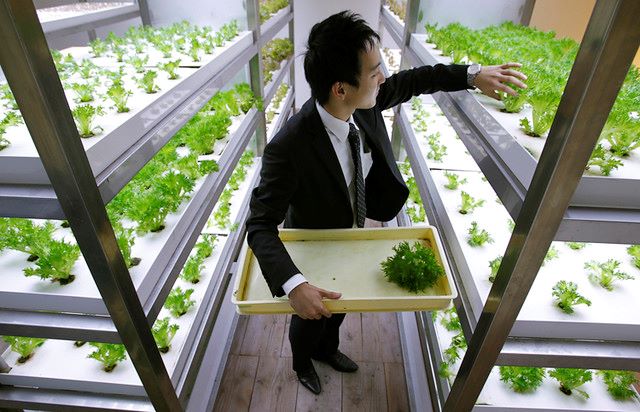 Agri-tech, a growing term used to describe Japan’s digital farming technology has greatly advanced farming systems in the country in order to combat a potential water shortage by 2030. Both experienced and inexperienced farmers in Japan are using new technologies to limit the overuse of water and fertilizer, which in turn, is fighting food insecurity and poverty for the entire population. Professor Kiyoshi Ozawa, from Meiji University Kurokawa Field Science Center, summarizes the system, “instead of spraying a large amount of water with sprinklers or the like, fertigation uses narrow pipes to place drops of water and fertilizer at the roots of the growing crops.” Farming innovations in Japan aim to reduce overall poverty in the country.

There are several innovations to take note of that have eased the labor intensity and climate impact of farming in Japan, such as heat-resistant varieties, delayed transplanting and specialized application of fertilizers, to combat both climate change and poverty in the face of a potentially grave water and food shortages.

Japan Today, an esteemed magazine based in Japan, also highlights the main goal of this growing agri-tech business as a collaboration between experts, advanced farmers and younger generations to create permanent, sustainable solutions and share knowledge about the most efficient farming techniques. “The valuable experience and techniques of veteran farmers could also be more accessible to newer farmers via the web,” explains writer Allen Croft, “such as learning resources about harvesting times with databases and photos.”

Not only do these farming innovations in Japan help to alleviate poverty in vulnerable communities but they also fight climate change issues by directly limiting water and fertilizer usage and combatting overproduction. Climate change has caused tension in the agricultural world of Japan, as unpredictable water levels cause heightened food prices, specifically in terms of rice production. Several other factors are contributing to pressure on Japan’s farming industry, including a decline in labor force participation as fewer young people are becoming farmers as well as Japan’s reliance on food imports.

These new technological farming innovations in Japan are working to alleviate the problems outlined above and are bringing new uses to AI and loT technology in a way the farming communities have never seen before. Through data analysis and observation of traditional farming structures, farmers can maintain exact water measurements and maximize soil fertility in order to maintain consistent crop growth. The main goal of these digital solutions to farming in Japan is to create permanently sustainable agricultural practices for generations to come.

Specifically from the standpoint of poverty alleviation, the World Bank has implemented a project, the Japan Social Development Fund, that aids impoverished communities while focusing on education, adaptation to climate change, health and sanitation services as well as environmentally sustainable agricultural practices. While most vulnerable communities in Japan do not have access to the digital technology innovations that farmers have developed, a social shift towards awareness of water usage has allowed farmers with limited resources to implement certain practices.

The Future of Digital Agriculture

There are a variety of growing measures set in place to make the agriculture business in Japan more sustainable in the face of both climate change and poverty. Digital agriculture is growing at an immense rate and it is predicted that the global market, specifically for agricultural robots, will reach $73.9 billion by 2024, which will vastly change the structure of food production and the labor force. The scope of digital farming innovations in Japan is broad and could potentially create a basis for agriculture in other countries struggling with water and food shortages as well.