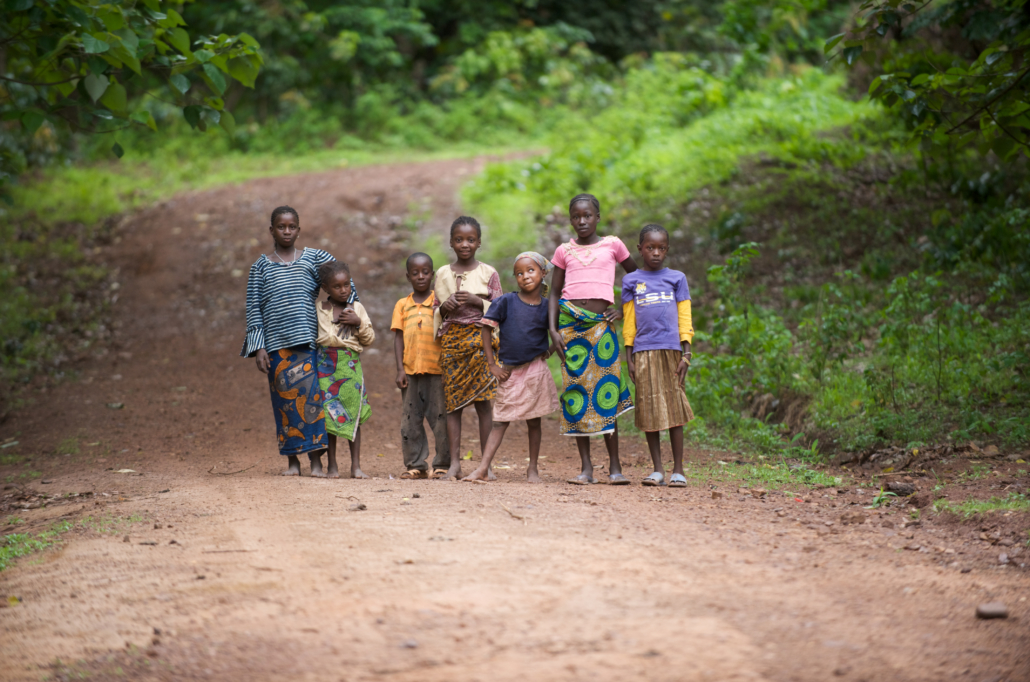 Guinea, a nation on the west coast of Africa, has a population of 13.1 million people. With 55% of its population falling below the poverty line and 21.8% of households considered food insecure, hunger in Guinea is one of the nation’s most pressing issues. Hunger and malnutrition are particularly urgent problems for children, with 24.4% of Guinean children suffering from stunting. The recent COVID-19 pandemic has only made matters worse and has put many of Guinea’s most vulnerable citizens in danger.

Guinea is rich in natural resources and has a climate capable of supporting a variety of crops. Its economy relies heavily on mining and agriculture, but poor infrastructure, lack of education and corruption have prevented Guinea from using its natural resources to stimulate economic growth and reduce poverty. The situation is further complicated by political instability in surrounding countries resulting in many refugees fleeing to Guinea, putting further stress on the food supply and economy.

According to the CIA’s World Factbook, agriculture accounted for 19.8% of Guinea’s economy in 2017. Although this is a significant portion of the economy, there is room for considerable growth in the industry. Many farmers are limited by poor infrastructure that prevents them from having access to profitable markets and forces many to practice subsistence farming on small plots of land. This greatly reduces the potential productivity of farmers and leaves many households, particularly in rural areas, without sufficient food supplies and dangerously vulnerable. Guinea has an extreme wet season and is prone to flooding that can wipe out entire fields, leaving subsistence farmers with no food for their families.

In addition to flooding, Guinea is susceptible to a variety of natural disasters that threaten food security for many Guineans. In the dry season, bush fires can burn through fields, and disease outbreaks in the last decade, such as Ebola and COVID-19, prevent many people from obtaining the resources that they need.

With hunger in Guinea remaining so high, school attendance and literacy rates are very low, as children must leave school to work. The World Food Programme reports that only 32% of Guinea’s adult population is able to read and write. This issue is even worse for women, who had an adult literacy rate of 22% in 2014 compared to 43.6% for men. Women also account for 60% of those who suffer from chronic hunger in Guinea.

The World Food Programme (WFP) has been working to address hunger in Guinea since 1964 in a variety of ways, including providing emergency food assistance during crises and school feedings. In the last decade, WFP’s emergency response has helped the Guineans who are most vulnerable during floods and Ebola outbreaks. Their school feeding program has reached 150,000 students, offering school meals that encourage attendance. The program also includes take-home rations for girls in their last year of primary school to incentivize the education of young girls.

The World Food Programme runs Smallholder Agriculture Market Support (SAMS) and Food Assistance for Assets (FFA) programs that work to provide farmers with financial and technical support while also building sustainable food systems. These programs have been able to improve crop yields and connect farmers with stable and profitable markets, including the school feeding program.

The West Africa Agricultural Productivity Program (WAAPP) also operates in Guinea, in an attempt to promote economic growth and reduce poverty. WAAPP works to help farmers in Guinea increase their crop yields by adopting improved crop management practices and using more productive crop varieties. Post-harvest losses are a large issue for many Guinean farmers, but these losses have been reduced through WAAPP and the implementation of small-scale food production. WAAPP has been able to reach 120,000 Guineans and increased their beneficiaries’ income by 30%. This program indirectly impacts many more people, as more productive farms require more workers, which creates jobs and stimulates economic growth.

The result of these initiatives is the development of a sustainable food system focused on local markets that rely less on transportation infrastructure and remote markets. If successful, this focus on local markets may simultaneously address multiple challenges for both producers and consumers. Farmers generate more revenue and are more productive; households are incentivized to send children, including girls, to school, which increases the national literacy rate; and the number of hungry children falls. With continued development, systems like these will be able to feed more people and leave many farmers more resilient to disease outbreaks and flooding, ultimately reducing hunger in Guinea.

Despite these efforts, political instability and COVID-19 have created new challenges that keep many people in Guinea in poverty. Programs such as SAMS, FFA and WAAPP have succeeded in helping those that they can reach, but they are still unable to help the majority of Guineans. Corruption and political unrest further exacerbate food insecurity and lead to underfunded domestic aid programs. If the underlying corruption and political instability can be addressed,  increased funding to build necessary infrastructure and sustainable food systems through programs such as SAMS, FFA and WAAPP could reduce poverty and hunger in Guinea while fostering a sustainable and strong economy.