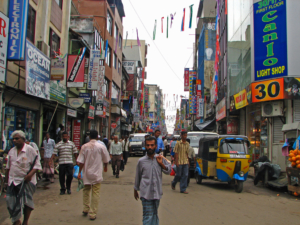 Sri Lanka is an island country that has 21.7 million inhabitants. However, that number sharply increases throughout the months of December to March as tourists flock to the island to visit its alluring beaches and mountainous terrain. The island nation resembles a tropical paradise, but poverty in Sri Lanka remains a critical concern as the country is still recovering from the tumultuous 30-year civil war which occurred from 1983 until 2009. Over the past decade, Sri Lanka has focused on reconstructing its economy and restructuring the distribution of wealth. The nation has made significant improvements but many serious issues remain in regard to poverty and the reconstruction process. Here are five facts about poverty in Sri Lanka.

5 Facts About Poverty in Sri Lanka

While these five facts about poverty in Sri Lanka show the country’s challenges, it has made significant strides to reduce its poverty rate. Through its continued work independently and with NGOs like the World Food Programme, the country should be able to continue alleviating its poverty rate.