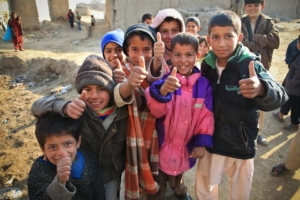 Tajikistan, a country of 9 million people in Central Asia, recently created a new educational approach that will help address its ongoing struggles. The number of females enrolled in primary and secondary schools is significantly lower than males, and keeping children in school during economic or political crises is difficult for many families who rely on them for immediate financial returns. Despite gender and financial inequalities that still exist in educational institutions, however, many projects and investments are underway that will undoubtedly help reduce these discrepancies.

8 Facts About Education in Tajikistan

As of 2017, the poverty rate in Tajikistan is 29 percent down from 37 percent in 2012 and education is one of the main factors that helped to reduce these levels. As described in these eight facts about education in Tajikistan, many new educational reforms are underway in Tajikistan that seek to alleviate the gender gap and create a system that benefits the community directly. Access to education will allow individuals to help lift themselves from poverty and contribute to the economy, which in turn will positively affect the global economy by reducing trade barriers and creating a more competitive global market. Investments in education have long-term payoffs that can make a tangible difference in the lives of people who live below the poverty line and create a more accessible and powerful global trade market.