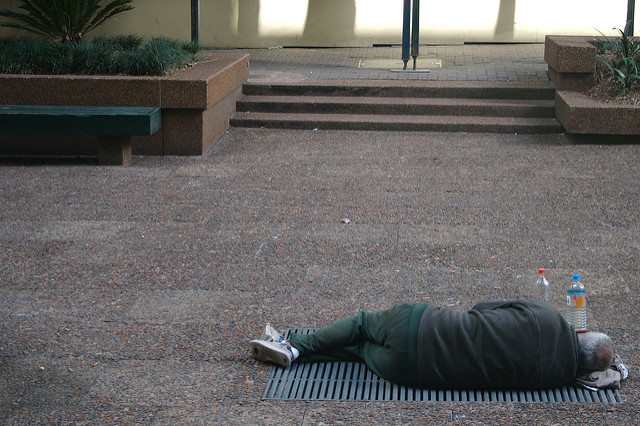 More than 730,000 children live in poverty in Australia. Thirteen percent of Australians, three million people, fall below the line. What is causing this high prevalence of poverty?

Despite multiple decades of economic growth, the poverty rate has not wavered. There are 320,000 public housing dwellings in the country, and 150,000 applicants are still waiting on listings. Very few people get access to the minuscule supply of social housing in Australia. In fact, social housing accounts for less than five percent of the entire housing sector. As a result, many people living in poverty are excluded from affordable housing and the unaffordability of housing in the market directly contributes to their poverty.

A spike in single parentage contributes to poverty in Australia. According to a report by The Guardian, a rise in poverty was recorded for children in one-parent families from 2012 to 2014. That’s four percent in two years.

There is also a historic relation of inequality and poverty in Australia, with Aboriginal populations being much more likely to suffer from poverty. Aboriginal people are still rebounding from an era of discrimination and oppression.

Furthermore, many residents in Australia are feeling the negative effects of the reduction of social welfare payments such as Newstart, the parenting payment, and the Disability Support Pension. The majority of people below the poverty line rely on social security as their main source of income, although around a third subsist on actual wages.

Recent reports by charity Foodbank SA indicate more than 102,000 South Australians needed help to get food in the past year, compared to 85,000 in 2016. Foodbank SA chief executive officer Greg Pattinson says this growth is the worst the organization has seen and is largely attributed to rising electricity prices. The Australian Competition and Consumer Commission (ACCC) today released a report that found the average power bill for South Australian households had increased by 48 percent from 2007 to 2008. ACCC chairman Rod Sims says these increased prices are due to a clean energy target. Sims said the ACCC’s report showed the gold-plating of Australia’s power grid as the biggest factor behind the power price increases.

It is evident that the prevalence of poverty in Australia is caused by a multiplicity of factors and solutions will need to take into account this complexity.