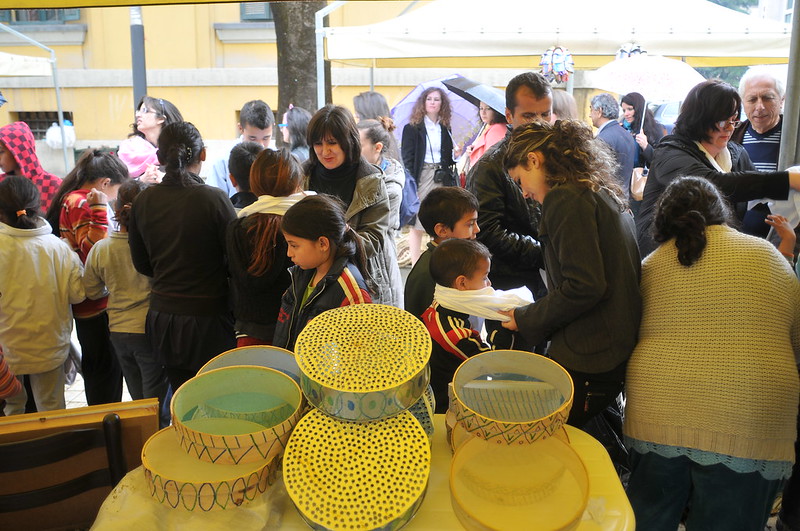 Amid the genocide of 6 million Jewish people during the Holocaust in World War II, there existed a simultaneous, lesser-known genocide. The Roma minority in Europe, known derogatorily as “Gypsies,” also became targets of an extermination campaign between 1933 and 1945, with estimates indicating that the Germans and their partners murdered “between 250,000 and 500,000 European Roma during World War II,” according to the Holocaust Encyclopedia. However, the persecution of the Roma, now a population of about 12 million in Europe, did not begin or end in that period of history. Organizations are making efforts to address ongoing European Roma persecution and promote cultural unity.

The plight of the European Roma, who originated as a nomadic group from Northern India, began with their enslavement “in the Romanian principalities of Wallachia and Moldavia” from the 14th to 19th centuries. As slaves or serfs to “noblemen, landowners, monasteries and the state,” the Roma “were sold, bartered, flogged and dehumanized” for their artisanship and labor.

Racial discrimination continued during the World War II genocide and continues now with hate crimes. For instance, in June 2021, roughly a year after police killed George Floyd in the United States, a police officer in the Czech Republic suffocated a homeless Roma man to death.

The Roma’s economic plight escalated during Europe’s socialist era in the 20th century. In former Czechoslovakia, in 1958, authorities outlawed nomadism and pushed the Roma into state-assigned housing, often breaking up extended families. Employment was also limited to unskilled labor. In Hungary in the 1980s, the government declared more than 40% of the Roma as “functionally illiterate” and created segregated schools for them to attend, resulting in crowded and substandard educational classes for the Roma.

A cycle of poverty, poor education and unemployment persisted to a point of systemic destitution. Even after the collapse of the Soviet Union, European governments used the Roma as scapegoats for inflation, unemployment, crime and “scarcity of goods,” further denying the Roma access to government welfare services.

A survey of 34,000 Roma individuals across nine European countries in 2016 indicates that about 80% of the Roma live in conditions of poverty.

A major obstacle in the European Roma’s fight to improve their social and economic condition is the inability to achieve the legal status of a minority for many years.

In socialist countries in the mid-20th century, many rights for minorities had come from the official declaration of that group as a legal minority. These rights included receiving schooling and media broadcasts in a minority language.

Because of existing stereotypes, as well as unwillingness to bear responsibility for providing for an ethnic minority, countries such as Poland, Romania, Hungary and Czechoslovakia decided to regard Roma as an inferior social group rather than a nationality.

Several nations even made concerted efforts to erase Roma’s identity. For example, in the 1960s in Bulgaria, the government banned the practice of Roma culture, including language, traditional music and dance and Muslim religious practices, perpetuating efforts to eradicate their culture and furthering European Roma persecution.

The Fight for a European Roma Nation

In 1948, the Roma in Yugoslavia began to establish themselves politically and culturally. In Macedonia, the Roma secured seats in the Skopje town council and formed a cultural association, Phralipe (translating to Brotherhood). These stand as the earliest steps to establish a sort of safe space for Romani individuals to ensure their representation and preservation within European society.

The first World Romani Congress took place in 1971 in London, setting a precedent for similar congresses to meet and discuss the establishment of a greater Roma identity. These congresses, which continue today, inspired Roma to embrace their identity, establish their status as a minority diaspora with legal protections and created education programs focused on preserving Roma culture and empowering the Roma community.

Unfortunately, Romani identity and statehood are not quite enough to lift the minority out of their impoverished and marginalized circumstances. Despite the achievements of the World Romani Congresses, poverty rates of the European Roma remain high and both violence and racism persist.

Unfortunately, empowerment or establishing statehood cannot solve these issues that continue to plague the lives of European Roma alone. Rather, the World Romani Congress must look toward substantive economic solutions to uplift the Roma and alleviate their poverty.

Organizations today continue to work to find solutions to the systemic issues forcing Roma into poverty. The European Roma Rights Center (ERRC) is an organization that European activists and civil rights lawyers founded in the 1990s. The ERRC advocates for “the elimination of discriminatory structures that prevent Roma from enjoying full equality.” In 2016, the organization elected a Romani president, and in 2017, the ERRC had a majority Roma staff.

Organizations, such as the ERRC, are gradually reforming the institutions that perpetuate European Roma persecution and poverty.