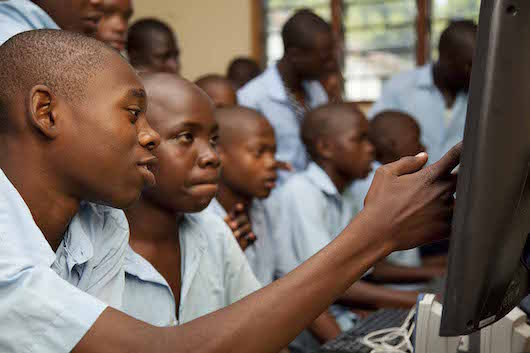 The computers were presented to the school during a commissioning of facilities ceremony where Etisalat also unveiled school renovations, according to It News Africa.

The Vice President of Government and Regulatory Affairs for Etisalat, Ibrahim Dikko, said the donation was in line with their commitment to improving education in Nigeria through partnerships with the government.

ICT education has become a basic component of learning and will provide a greater benefit if students in primary and secondary schools are exposed to it early on. The company is dedicated to creating an improved and conducive learning environment for Nigerian children, according to Dikko.

Headmistress of Nuhu Bamali Primary School, Hajia Asmau Mohammed Lawan, hopes the computers will go a long way in giving pupils the cutting edge education to prepare them for their individual career paths according to It News Africa.

In October 2015, Etisalat donated desktop computers to the ICT center of Girls’ Government College in Nigeria, which is also located in Kano State.

According to Etisalat’s Head of Government and Community Relations, Mohammed Suley-Yusuf, “Etisalat is proud to be able to contribute positively to achieving the government’s objective of improving Kano State, especially in the area of education.”

Etisalat Group is a telecommunications provider who offers services to 18 countries throughout the Middle East, Asia and Africa. It is one of the world’s leading telecom groups and ranks among the most profitable telecom groups in the world. They work with the British Council to provide a Pan-Nigerian teacher training program and they continue to focus on improving education through their Adopt-a-School program.

The company is currently working on an initiative to create an Etisalat Telecommunications Engineering Postgraduate Program within the education sector.