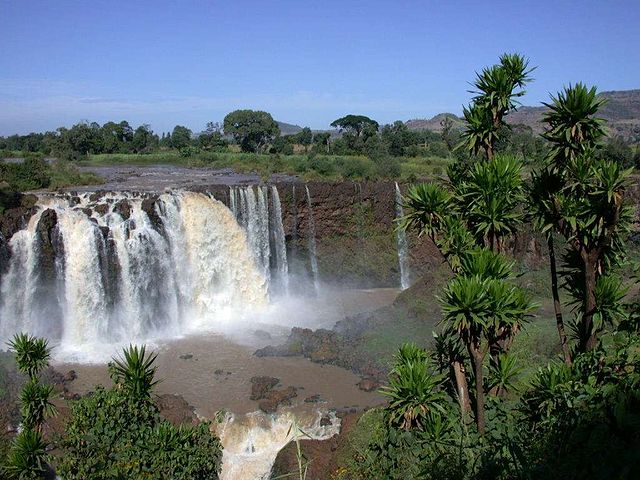 Ethiopia is a young, developing country that is currently investing in hydroelectricity to meet the energy demands of a growing population. Currently, only 44% of Ethiopians have access to electricity. As the population continues to grow within the country, citizens’ access to electricity will be a cause for great concern. Ethiopia’s hydroelectric expansion is addressing the energy crisis and powering the country’s economic growth, at the same time.

Ethiopia is well situated to harness the natural, kinetic energy of water because the Nile River runs through the northern part of the country. However, hydroelectricity does require the construction of costly dams. In this same vein, Ethiopia recently built one costing $1.8 billion. While expensive, once built, these dams provide an abundance of energy for many generations. Currently, Ethiopia’s hydroelectric expansion has achieved a 3,813-MW capacity for a population of roughly 108 million people.

As the Blue Nile begins in Ethiopia, the country does not have to worry about other nations damming the river upstream and thus, (hypothetically) cutting off its supply of water. Ethiopia’s geographic advantage thereby increases its energy autonomy. Additionally, hydroelectric energy is renewable and reliable because it is not dependent on variable weather conditions as is the case with other renewable, energy resources.

Ethiopia’s population is growing at a staggering rate of 2.56% per year. Notably, less than 50% of the population has access to hydroelectricity. To help people escape poverty in the modern age, they must have access to an electrical grid. Access to electricity does not guarantee prosperity, but the lack of electricity almost ensures poverty.

Ethiopia is one of the leading African nations in hydroelectric energy and is continuing to invest in more dams. In 2016, Ethiopia embarked on a joint venture with China and built one of the largest roller-compacted dams in the world. Although dams are vulnerable to droughts — they provide clean, renewable energy that is not dependent on highly variable weather patterns, such as wind and sunlight. Ethiopia cannot solely depend on hydroelectricity and instead, must continue to increase its energy supply to meet an ever-growing demand. Nearly 40% of Ethiopia’s population is younger than 14-years-old. As this population matures, it will further increase the demand for energy within the country. The booming population will continue to slip into poverty if it does not invest in a hydroelectric infrastructure that can support such a population growth rate.

Hydroelectricity provides abundant energy. Yet, it requires an electrical grid to transport that energy across the country and perhaps equally as important, from an economic standpoint — into neighboring countries. Not only has Ethiopia built more hydroelectric dams, but it has also expanded its entire energy infrastructure. Ethiopia strives to become an energy hub for Africa as it exports electricity to Sudan, Djibouti and Kenya. Although 29.6% of Ethiopia’s population lives below the poverty line, there is a great reason to hope that this number will decrease as the economy further develops. Ethiopia currently has the 13th highest industrial growth rate at 10.5%, annually. The economy is rapidly growing, largely supported by Ethiopia’s hydroelectric expansion.