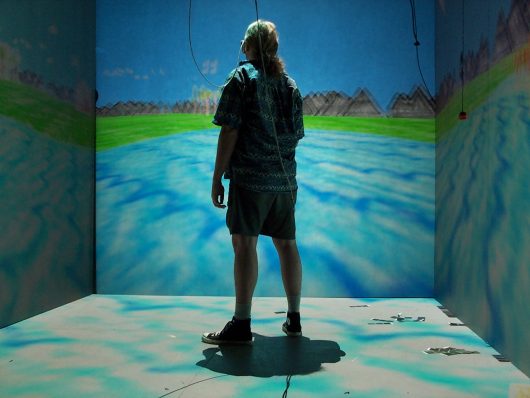 For those in the developing world with scarce resources and limited access to computers and tablets, a number of innovations in education are creating exciting opportunities. One such innovation is the EON educational program — the next step in progressing developing countries.

The project is a collaborative effort between the software developer and Tshwane’s city government. It is part of the latter’s Tshwane Vision 2055, a plan which seeks to “break the cycle of generational poverty, inequality and underdevelopment.”

According to Dave Lockwood, the director of the new IDC, VR and AR remove language and literacy barriers to education because they show rather than tell. VR creates an artificial environment that users can move in. (The Oculus Rift, for example, is a VR headset). AR, on the other hand, modifies the existing environment by adding artificial sensory input, such as images or sound.

Lockwood believes that students would learn better and retain more information with the help of the EON educational program, and more specifically, VR and AR. Furthermore, content and applications can be created for both science education and vocational training, which are crucial for economic growth and development.

VR and AR, it seems, are poised to make a real change in the way in which education is delivered in Africa. The Tshwane IDC is an example of how educational technology can assist with government efforts to promote the development and improve services.

Across the Indian Ocean, a team from Carnegie Mellon University recently completed an experiment in “compassionate engineering” at the Mathru School for the Blind in Bangalore, India. The idea is to use existing technology with a focus on the people, allowing it to evolve to suit their needs.

As part of the project, students received low-cost braille tutors. M. Bernardine Dias, the Carnegie Mellon professor who led the case study, argues that electronic reading and writing aids such as these can go a long way in reducing poverty, because poverty is often concentrated among the disabled population.

A World Trade Organization study that she cited, for example, found that 90 percent of visually impaired people live in low-income households.

By combining virtual and augmented reality, the EON educational program is changing the way the world looks at education, one student at a time. Whether using cutting-edge devices or only putting old tools to new use, educational technology is helping alleviate poverty by catering to the needs of different people and the way they learn best.

Education in Greece: Building a Foundation Eliminating Hunger In The Philippines: More Than Just Food Aid
Scroll to top