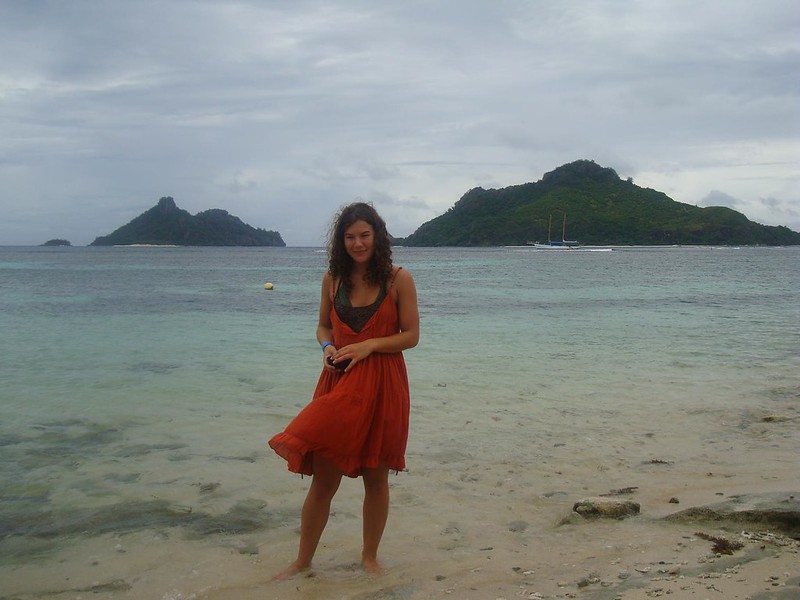 The Pacific Islands are a geographical region that the many small islands scattered across Southeast Asia characterize. It contains 15 countries such as Fiji, Kiribati, Marshall Islands, Solomon Islands, Micronesia and more. As such, it is an extremely ecologically diverse area, home to many unique species of plants and animals. However, environmental challenges in the Pacific Islands pose a serious threat to the region, as natural disasters are prevalent. These ongoing natural disasters have destroyed much of the development in the area, leading to the Pacific Island’s long-standing struggle with economic growth as it lags behind its neighboring regions and countries.

Approximately one in four Pacific Islanders live below the poverty line, some of the highest rates of poverty in the world. These pressures have resulted in many people starting local projects to benefit their communities, which end up leading the world in how to adapt to environmental difficulties.

As environmental challenges in the Pacific Islands continue to worsen, natural disasters have become increasingly common and dangerous. As an island region with some areas just 10 feet above sea level, the Pacific Islands is especially susceptible to the effects of these disasters. Estimates have determined that the region has lost a total of $3.2 billion since the 1950s due to natural disasters alone. As the area must allocate money towards repairing damaged structures and maintaining critical services, less can go to social programs to lift people out of poverty.

Major events like floods, droughts, tropical cyclones and tsunamis plague the region, reversing years of developmental projects like houses, hospitals, schools and more in just a few days. Long-term effects like inconsistent rainfall patterns, rising sea levels and seawater contamination have caused widespread food insecurity, water shortages and forced migration away from flooded or damaged areas. Many of these issues hit those already in poverty the hardest. Impoverished islanders lack the resources necessary for resilience in the face of such natural disasters, perpetuating a cycle of poverty.

Innovations to Deal with Natural Disasters

Native peoples have come up with creative strategies to combat the threat of environmental challenges in the Pacific Islands at the community level. They are driving the world’s innovations to adapt to natural disasters by combining their knowledge of the native flora and fauna with high-tech science to protect their homes and livelihoods. These innovations have taken many forms, ranging from new data models to resilience-building aimed at future-proofing local economies and resources.

Most notably, communities have begun focusing on ecosystem-based adaptation (EbA) in the Pacific Islands. This form of adaptation builds on the idea that healthy ecosystems are naturally resilient to the impacts of natural disasters. It prioritizes strengthening, restoring and sustainably managing damaged ecosystems.

Many areas have begun allocating resources towards the restoration of habitats resilient to natural disasters, such as mangrove and seagrass biomes. Studies that researchers conducted in Lami Town, Fiji have demonstrated that this method is both cheaper and more effective than man-made alternatives, especially for long-term development. As a result, the UN promotes EbA as the top method for adapting to the effects of natural disasters in the Pacific Islands.

Communities across the Pacific Islands have initiated projects to grow native plants along coastlines for their disaster-resistant properties and implemented laws to protect the many nearby marine ecosystems. They have also begun experimenting with drought-resistant crops. These projects have shown to positively affect local ecosystems, as well as benefiting the people’s sense of culture and identity while strengthening local governments and reducing reliance on outside forces.

Some areas struggling with water scarcity have rehabilitated their traditional water wells by adding a vegetation buffer to prevent sediments and pollution from falling into the well. Landowners are also agreeing to share wells during drought season, a concept that people developed and piloted in Oneisomw, Micronesia.

The Pacific islands have also made huge steps in climate-smart development, using the best science available to them to identify and prevent the devastating effects of natural disasters. The Catastrophe Risk Information System (PacRIS) acts as a huge database on where disasters have hit historically, as well as the damage they instigated. This project has grown to focus on urban development, strengthening building codes and making predictions about future disasters and their severity.

Although the Pacific Islands has made great strides in addressing the many effects of natural disasters and environmental conditions to prevent poverty and destruction in their communities, the region still requires imminent international support. The Pacific Islands account for a negligible amount of carbon emissions causing many of these issues. Yet the effects of environmental challenges in the Pacific islands are some of the most catastrophic, while major countries refuse to take action to reduce emissions and provide aid. Despite the large obstacles the Pacific Islands face, there is still hope that the area will be able to maintain its way of life and a reasonable amount of stability with the right tools and resources.