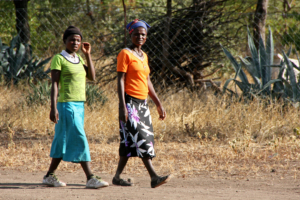 Zimbabwe is a country in Sub-Saharan Africa with an estimated population of 14.2 million people. As a developing country struggling from political and civil issues, their Human Development Index is at 0.509. This places the country in the low human development category. Lacking effective medical care access, the country has long struggled with managing several pandemics. This includes malaria, HIV, tuberculosis and widespread maternal and childhood illnesses. A particular medical issue that needs attention in Zimbabwe is ear, nose and throat (ENT) care.

Challenges in ENT and Audiology Care in Zimbabwe

Importance of ENT Care in Zimbabwe

With the lack of ENT care available in African countries, physicians wondered how they can also provide social support to patients that have suffered hearing loss, speech impediments and other traumas relating to ENT illnesses. Dzongodzaand Chidziva, an ENT surgeon who works in Zimbabwe, has explained that many Zimbabweans believe that a runny nose or snoring are minor issues. However, those same symptoms could be the precursor for devastating illnesses.

To demonstrate the dangers of these misconceptions, Chidziva found that a common issue among patients he treated was respiratory papillomatosis, caused by the papilloma virus, otherwise known as the Human Papilloma Virus (HPV). The illness causes growths to build up in the upper respiratory tract, constricting breathing and damaging vocal cords. If left untreated, it is life-threatening, especially for young children. Invasive care and surgery has to be taken immediately in order to dislodge warts. It is illnesses like these that make adequate and proper ENT care paramount.

Improvements to ENT Care in Zimbabwe

Despite setbacks and social misconceptions in the field, improvements are underway to bring proper ENT care in Zimbabwe. In March 2017, Zimbabwe opened its doors of the first pediatric otolaryngology clinic. This is a public clinic that has two operating rooms and a recovery room for in-patient care. Within that first year, thousands of patients traveled from all over Zimbabwe to receive treatment from the clinic. Only one other clinic such as this one existed in Africa at the time.

Following the clinic’s outstanding success, in May 2018 the first international symposium to promote the expansion of pediatric otolaryngology across Africa took place. The  PENTAfrica symposium resided in Victoria Falls, Zimbabwe that year. Health care physicians and otolaryngologists from North America, Europe and Africa engaged in these ENT discussions. The purpose of the conference was to create a long-term plan to further extend ENT care to various African countries.

Zimbabwe is one of many countries in Africa that is in dire need of ear, nose and throat care. The effects of leaving ENT illnesses untreated has left lasting effects, including deafness, on populations in Zimbabwe. However, after the opening of their first ENT clinic, more clinics and treatment are underway  to treat patients suffering from ENT illnesses.