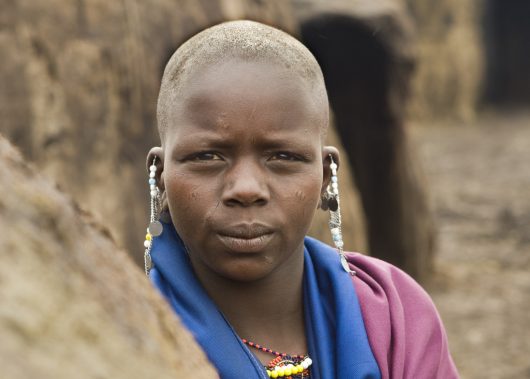 Tanzania, located just below the equator in East Africa, is rich in natural resources, has a vibrant, diverse culture, and is making positive leaps in economic development. The global consulting firm PricewaterhouseCooper published reports stating that if infrastructure in Tanzania improves, the nation has the potential to be a leader of development in East Africa.

The energy sector in Tanzania is currently under expansion, and aims to meet the growing power needs of its citizens. According to a World Bank report in 2011, only 15.5 percent of the 55.5 million people that make up Tanzania’s population had access to reliable power sources; since then, the country has made serious progress in developing its energy sector. Listed below are three of the growing sources of energy infrastructure in Tanzania.

As of 2016, 49.8 percent of energy produced in Tanzania comes from natural gas infrastructure. The Tanzanian government continues to expand its natural gas projects in an attempt to ensure reliable power to its citizens. For instance, in 2016, repair of three gas turbine plants and construction of a new gas plant at the Songo Songo gas fields near the country’s largest city, Dar Es Salaam, contributed to a 30 percent growth of natural gas production in country.

These infrastructure projects also have a history of creating joint energy production throughout the East African community. In 2013, the World Bank approved a $340 million dam project in the Lake Victoria region that boosted the electrical power grids of Burundi, Rwanda and Tanzania.

While they do reduce greenhouse gas emissions, hydroelectric dams are at times extremely unreliable. During a drought year, major cities in Tanzania endure severe rolling blackouts, as the lack of water prevents the expected amount of electrical generation. For now, hydroelectric dams serve as a relatively effective way to provide Tanzanians’ power, while simultaneously capitalizing off of resources available in the country.

According to a Rural Energy Agency of Tanzania report in 2016, 65 percent of rural communities with access to electricity utilize some form of solar generation. One NGO in particular has been seriously successful in improving the solar energy infrastructure in Tanzania — Energy 4 Impact is a Sub-Saharan non-profit, that provides technological and financial solutions to improve solar infrastructure in rural parts of the country.

With the help of NGOs such as Energy 4 Impact, rural communities as well as some urban Tanzanians are becoming more energy independent over a shorter period of time, skipping the formal procedure of connecting to the nationalized power grids. This technological leapfrogging is not only connecting rural Tanzania to communities within the country, but also the rest of the world.

Overall, electricity is vitally important to economic development and global access will continue to open up some of the last untapped markets on Earth. Energy infrastructure and access to reliable energy will benefit Tanzania greatly, as an estimated 28.2 percent of the country is “below basic poverty needs,” by the World Bank’s standard.

Given that status, researchers have determined that increased access to energy and technology will continue to bring economic growth and social hope to the continent. It is clear that Tanzania has infrastructural obstacles to overcome before it can reach its potential as the leader in East African development, but in spite of these obstacles, there are significant and interesting energy sector projects currently underway within the country.