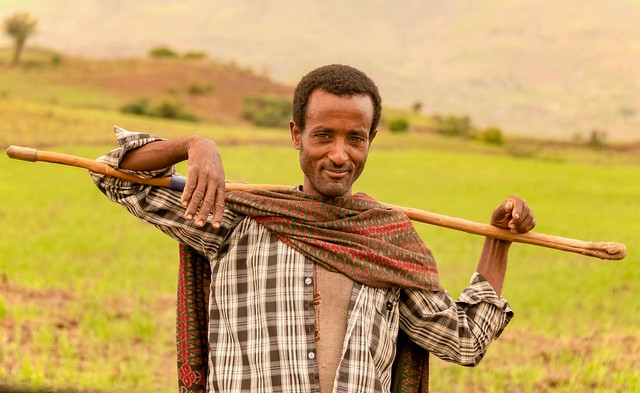 Energy for Growth Hub is a nonprofit that began last year that seeks to bring power to developing economies. The organization believes that one way to eradicate world poverty is through providing affordable access to electricity in order to increase economic development, focusing on the regions of sub-Saharan Africa and South Asia. Energy for Growth Hub believes helping developing economies become strong will increase jobs, wealth and overall wellbeing, all of which are scarce when the economy is weak and lacking basic necessities, such as electricity.

According to their site, Energy for Growth means “affordable reliable energy” to power all manner of businesses. The lack of energy in developing countries holds back the inhabitants from prosperity. It’s difficult for an economy to prosper when a hospital or school can’t be powered in order to use its equipment because it doesn’t have access to electricity.

Todd Moss, Executive Director of Energy for Growth and previous the chief operating officer at the Center for Global Development, believes the future of countries like Chad is tied to widespread electricity and not just electricity for use in households but also for businesses, farms, hospitals and schools.

Job creation is just one positive result of powering a country that lacks affordable and widespread electricity. The nonprofit states that energy is the foundation with which modern economies thrive. Without electricity, there wouldn’t be power in homes, hospitals or schools. There wouldn’t be computers or medical equipment or even phone lines in order to call for emergencies. Vehicles would be sparse, as many gas-powered vehicles depend on a functioning battery to operate.

Batteries also power public transportation and improve agricultural practices, such as utilizing a basic farm tractor or timed irrigation equipment. The nonprofit believes all industries and energy sectors require or can benefit from electricity. In each of those industries, there are possibilities of employment. Power is the foundation of development.

Without a functional electrical grid, it would be difficult for a developing country to thrive. Energy for Growth Hub is interested in both off-grid and on-grid living. The nonprofit’s main focus is not on household energy, as most nonprofits. It focuses on reliability, cost, large-scale energy operations and working with the available resources of each country, such as untapped coal. Though the nonprofit believes sustainability is a wiser choice long-term, Energy for Growth Hub understands some countries could utilize cheaper solutions rather than the cleaner and more expensive counterparts, such as wind and solar power.

Focusing on households leads to small solutions, whereas a large-scale approach has a spillover effect since the grid will also move towards households. A strong economy, at its most basic level, has some form of an electrical grid. An affordable grid that is used not only for urban but also rural residents leads to further development and reduced poverty. This is another important goal for the organization.

In 1990, only 16 percent of residents in sub-Saharan Africa had access to electricity. In 2016, the number had increased to 42 percent. The Rockefeller Foundation, Chevron, General Electric, Pritzker Innovation Fund and others have funded Energy for Growth Hub and believe in its vision of helping “developing countries achieve the high-energy future they need to become prosperous and economically competitive.”

Women in Government: Representation in Rwanda How to Improve the Lives of Cocoa Farmers in Côte d’Ivoire
Scroll to top