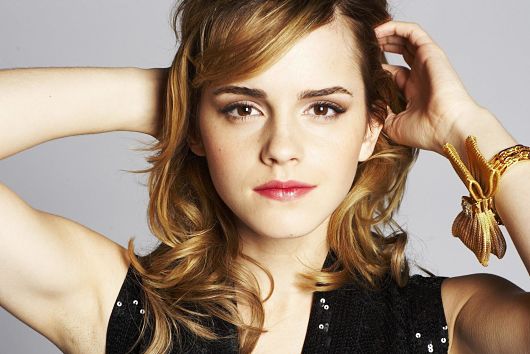 GQ Magazine’s 2013 Woman of the Year Emma Watson has quickly become one of the most influential women in the world. The British movie star, only 25-years-old, has been involved with many projects for film, music and fashion, as well as numerous philanthropic movements and organizations. Beginning in her teens, Watson has helped end global poverty on a level that few have met.

The Harry Potter actress has most recently jumped forward with her support of gender inequality with her status as a U.N. Women Goodwill Ambassador and her backing of the HeForShe campaign.

According to the United Nations Development Programme (UNDP), gender inequality is a large factor contributing to extreme poverty. Many women in poor areas receive little or no education because they are only expected to perform other duties like fetch water, provide food and care for their families. If women obtain sufficient schooling, their chance for gaining a well-paying occupation greatly increases.

“Their increased earning power in turn raises household incomes,” the UNDP said. In addition, a more equal environment in the household allows for an improved well-being for children, and henceforth, lowering the chance of poverty for later generations.

Last year, Watson gave a speech asking for help to promote and assist with HeForShe. This movement focuses on addressing boys and men to defend gender equality, rather than traditionally gathering women and girls to rally followers.

Watson talked about how gender inequality exists for both men and women. Because of this, economic growth is harder to sustain, and developing areas are still vulnerable to disease, abuse and other side effects of poverty.

Aside from promoting gender equality, Watson has participated in other efforts to end extreme poverty.

In 2011, she donated a signed copy of “Harry Potter and the Deathly Hallows” to an auction facilitated by ShelterBox, which is an organization that aids areas in need overcome by tragedy and humanitarian crisis.

In successive years, she provided service for UNICEF and United Nations Women. Watson also donated a pair of designer Burberry heels to the Small Steps Project, which provides emergency aid to those living in poor conditions. In addition, she worked with the Millennium Promise organization, which aims to end global poverty by 2025.

Watson has greatly helped the struggle to end global poverty. While simultaneously working on her bachelor’s degree at Brown University and acting in “This is the End,” the humanitarian has gone through great lengths to give back to those in need.

When speaking of insecurity about her qualifications to speak on behalf of gender equality, Watson reassured herself with a notion that people everywhere should tell themselves when they are unsure about helping a cause: “In my moments of doubt, I’ve told myself firmly—if not me, who? If not now, when?”

Although Watson is still young, she has helped fund and mobilize people around the globe for the greater good, and has brought the world one step closer to ending extreme poverty.