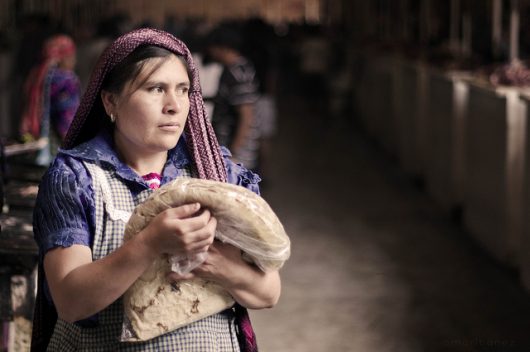 Earlier this year, the United States encountered a humanitarian crisis at the border with Mexico that referred to the separation of immigrant parents and children. This is one of many tactics for deterring migrants from entering the country. However, this does not address the root causes of emigration from Mexico. People who live in danger and lack economic opportunity seek a better life outside their home country. Another motive for crossing the border is to participate in the United States’ drug trade. Tackling such issues can help alleviate poverty in Mexico and can benefit the United States, too.

The connection between criminal and migrations

Organized crime has been on the rise in Mexico. Since 2006, over 109,000 citizens have been victims to homicides. As instances of murders increase, so does the rate of migration.

Mexico is the top supplier of illegal substances to the United States. Methamphetamine-induced seizures more than tripled between 2010 and 2015 along the U.S. southern border. Given this strong tie between the two countries, efforts to minimize drug transport have only resulted in other types of criminal activities. Smugglers found new opportunities with human trafficking that encourages kidnapping other immigrants at the border.

Much can be learned from the 2014 meeting held between the presidents of El Salvador, Guatemala, Honduras and the United States. Actions that they proposed were similar to the Marshall Plan, which rebuilt Europe after the World War II. President of Guatemala, Otto Perez Molina, increased efforts to improve education and confiscate weapons used in the drug trade. He also bolstered the revenue for public services. President Juan Orlando Hernandez of Honduras worked to limit business conducted by drug sellers as well as improve the country’s judicial system.

They said the United States focused too much attention on its own national security rather than sending much-needed funds to Central America. At this meeting, they stressed the importance of economic reform and collaboration among countries. Such insight can also help address the root causes of emigration from Mexico.

The United States would benefit from providing aid to Mexico’s economic situation and tackling organized crime within their Government. Vocational training in Mexico can ensure that workers entering the U.S. have valuable skills to contribute to job markets. Plus, it helps immigrants find employment and adjust to living in a new country. Certain areas of the Government of Mexico have been corrupted by acts of violence toward journalists and human rights defenders. It would be in the United States’ best interest to encourage transparency and due justice in Mexico, especially since they share a border.

The United States investments in Mexico

In response to such conflict, the Merida Initiative gave $2.8 billion to improve Mexico’s criminal justice system. Secretary of State Rex Tillerson and Secretary of Homeland Security John Kelly met with representatives from Mexico to discuss plans for disrupting the businesses of criminal organizations. USAID gave $87 million so that judicial workers could be more qualified to handle court cases. Some of the states receiving those funds experienced a 25 percent reduction of pretrial detention. Since kidnappings are sadly a common occurrence, over $590 million was invested by the U.S. in aircraft that patrol the flow of emigration from Mexico. Part of that money also goes toward forensic equipment to lower Mexico’s impunity rate.

To discourage drug-related transactions between the countries, Mexico has imposed a limit on how many U.S. dollars can be transferred across the border. Additionally, more than 10,000 schools are teaching a lawful culture. They’re engaging youth in after-school activities to deter them from the drug industry and violence. Out of 9,000 surveyed youth who did these activities, 70 percent either remained in school or sought employment.

Some family members are sent to the U.S. for employment because of economic instability within Mexico. It provides different sources of income in case someone’s job can’t generate enough to support the family. For instance, if an entire family worked in the farming industry, there is no market stability. Increasing youth employment offers security and results in less migration.

Further research about how foreign aid benefits each sector can help the United States maximize their impact. That way, funding goes where needed most. But help from the U.S. isn’t about making people content to stay in Mexico. Reducing poverty can make sure immigrants enter the United States for reasons less dire than seeking asylum. Addressing the root causes of emigration from Mexico will return in the form of national security and economic opportunity.