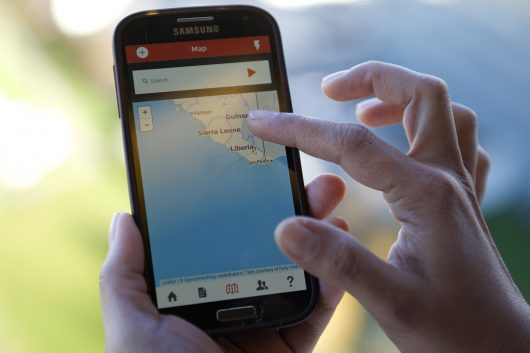 In the last 10 years alone, the number of mobile phone users has grown to four billion, with 37 percent of that growth occurring in developing economies. With internet availability expected to reach even the least developed nations in the next couple of years, a rapidly growing market for mobile apps in developing countries will likely expand even more.

Why is This the Trend?

In areas of Asia and Africa, one can buy a smartphone for the equivalent of $30. Simply put, mobile technology is the most convenient and cheapest technology option available for developing countries.

This convenience is one reason why the biggest market growth is seen in three main regions:

What Are the Uses for Mobile Apps in Developing Countries?

Four of the five top countries for educational app downloads are India, South Africa, Kenya and Nigeria. A large reason for this is that 50 percent of South Asians and 33 percent of Africans who finish school still cannot read, and 60 percent of six- to 14-year-olds in India cannot read at a second-grade level.

For farmers who seek to increase food production, change is especially welcome. For practical purposes, apps like iCow allow livestock farmers in Kenya to track gestational periods for their animals, find veterinarians and monitor best practices. An app called Esoko disseminates information to farmers about market prices, weather forecasts and advisory services. Yet another popular app, WeFarm, offers a peer-to-peer platform for farmers to share information among themselves, with or without Internet access.

Beyond the fields and the classroom, popular mobile apps in developing countries range from banking apps like M-PESA, which allows for the transfer of funds over text message, to Voto Mobile, voice-based services in local languages. These programs have been rolled out in countries like Ghana, Nigeria, Uganda and India.

In India, as with much of the developing world, access to good healthcare is also a concern. With over 60 million people in the country with type two diabetes and 36 million living with Hepatitis B, its people look to take advantage of the over 100,000 healthcare apps that already exist.