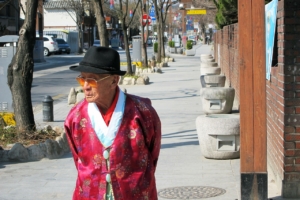 While South Korea is home to great technological developments and world-famous rising trends, it also has one of the highest numbers of impoverished elderly in a single developed country. Around half of the senior citizens are living in poverty with little to no support from relatives or the government. The Organization for Economic Cooperation and Development, or OECD, consists of over 30 countries that work with one another to encourage economic development. Unfortunately, despite all the economic progress it has made, South Korea has the highest elderly poverty rate of all OECD countries.

How Elderly Poverty in South Korea Came to Be

In the 1970s, a financial crisis hit South Korea that caused around 2 million people to be unemployed, many of these workers being senior citizens today. When the country began building its economy back up, many companies decided to replace the older generation of workers with younger ones. While the younger workers did not cost as much, the newly jobless population was left with no other choice but to retire earlier than expected.

In the present day, the now elderly population who was affected by the financial crisis have to support themselves by working non-conventional jobs. These jobs include picking trash off the street, cleaning or in the most extreme cases, elderly prostitution. Since this way of living is detrimental to the mental wellbeing of the older population, senior suicide rates have risen over time. Just three years ago, for senior citizens around 70 years old, nearly 50 people out of 100,000 committed suicide. For senior citizens around 80 years old, that number went up to 70 people per 100,000.

In late 2019, South Korea’s employment rate continued to grow over 300,000 new jobs every month. Employment in late 2019 was around 27.5 million jobs, which is over 330,000 more jobs from the previous year. This hiring growth was because of the Ministry of Health and Welfare’s plans to increase senior jobs using the over 1.5 trillion won (nearly $1.5 billion) from their budget. Those who were out of a job previously were able to get a chance at improving their lives and livelihoods through becoming employed again.