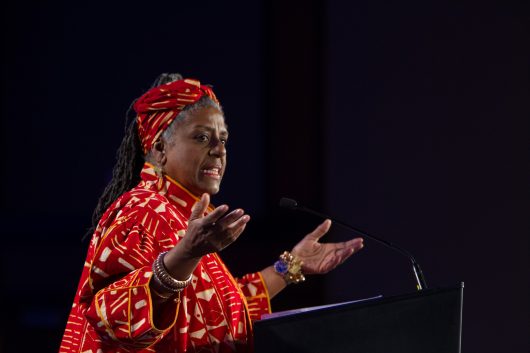 The world needs women leaders for a plethora of behavioral, temperamental and skill-oriented reasons. Many believe that women do not have the knack for being leaders. While it can be true that women are generally more softhearted than men, women have more grit than normally accredited. Women have a more comprehensive set of skills and qualities, not only those stereotypically described as feminine but also qualities commonly ascribed to men.

The world is shifting toward a more inclusive conception on what qualities a leader should possess. Women have a lot to lose if they fail, and today’s women leaders are taking on the challenge to prove to the world that women are more than qualified to lead the world to prosperity.

A study created by the Zenger Folkman firm that examined women’s leadership effectiveness shows that women are perceived as more effective leaders than their male counterparts.

The same study further examined the possible explanations for women’s increase in leadership effectiveness by measuring a variety of competencies in the workplace. One of the categories with the most drastic difference between men and women was the “Practicing Self-Development” category.

Women outperformed men in self-development. All people, when initially entering a job, ask questions in order to learn and improve; however, as time goes on, people begin to feel more confident and feel less inclined to ask questions.

3. Women are held to higher standards.

Many women profess that the reason why they constantly ask for feedback is due to the fact that women feel they have to work harder than men do to prove themselves. Especially in countries that are impoverished, women have fewer opportunities to become leaders; and therefore, there is more pressure for them to do well, not only for themselves, but for all women.

If a woman makes a mistake, it gives more reason for people to doubt women in general. Women leaders rise up to the challenge and face the world’s skepticism head-on. Because there is no room for error, women have to work harder and more strategically than men.

Leadership is based on interpersonal relationships, and having a respectful, mutual relationship with one’s companions and patrons is an essential tool for a successful leader. Harvard political scientist Joseph Nye says that today’s society has entered a new era in which people best respond to a type of leadership he calls “cool power.”

Women are more inclined to practice this type of leadership rather than one that is more authoritative, thus, making women more effective at influencing others. Empathy also entails understanding different viewpoints and being open-minded. This allows for exchanging of ideas, and ultimately, arriving at the most effective solution to a problem.

While women do possess some nurturing traits, a rather non-feminine characteristic to describe a woman is actually the category in which women outrank men by the greatest quantity. The Zenger Folkman study shows that women leaders are more effective at taking initiative.

6. As they move up the ladder, women are perceived more positively.

Senior executives and boards of directors more commonly put men in higher-ranked positions because they are uncertain whether or not a woman can perform optimally. However, the Zenger Folkman study shows that as a woman moves up in rank, she is more positively perceived by her fellow co-workers.

7. Women know how to navigate through a crisis.

Women possess leadership characteristics that are most appealing after a crisis. These include people-development, ability to provide clear expectations and rewards, skill in serving as a role model, knack for providing inspiration, and participative decision making.

Because women experience issues differently than men, women leaders can bring insight and unique perspectives to the table when discussing policy changes. Having women at the table discussing issues not only allows for changes in policy, but it also helps bring awareness to issues that affect women more than men.

Women continue to face contenders who doubt their capabilities, but as more women put their foot in the door and continue to surprise the world with their talents, the world of politics can evolve into a much more open-minded and friendly field of inquiry. Women are taking the world by storm by demanding fairness and equal opportunity.

Whether the globe wants to admit it or not, the world needs women leaders. The unique set of characteristics women possess does not hinder their ability to become great leaders; it further contributes to their success.

Women leaders today have the status and the opportunity to make known the qualities women possess while also making it more accessible for other women to attain a higher status in society and in the job market.