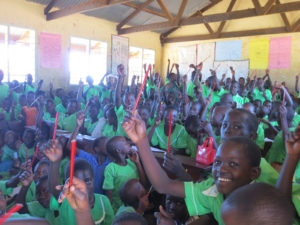 Uganda has seen significant improvements in enrollment of children in primary school over the years. As one of the youngest countries in the world with one of the fastest-growing populations, the country must work even harder to continuously improve education as a means to ensure the productivity of its increasing youth population and help reduce poverty levels. Below are eight facts about education in Uganda that show where the country stands and what more it can do to improve.

8 Facts About Education in Uganda

These eight facts about education in Uganda highlight the urgent need to ensure that education in Uganda continues to improve in terms of both quality and access. The government’s and other humanitarian organizations’ efforts will help Uganda reduce poverty as well as significantly improve the lives of its citizens.